Karanvir Bohra was on his way to Bhuj to shoot for his upcoming film Hume Tumse Pyaar Kitna, when his car hit a lamppost to avoid getting hit by a speeding truck 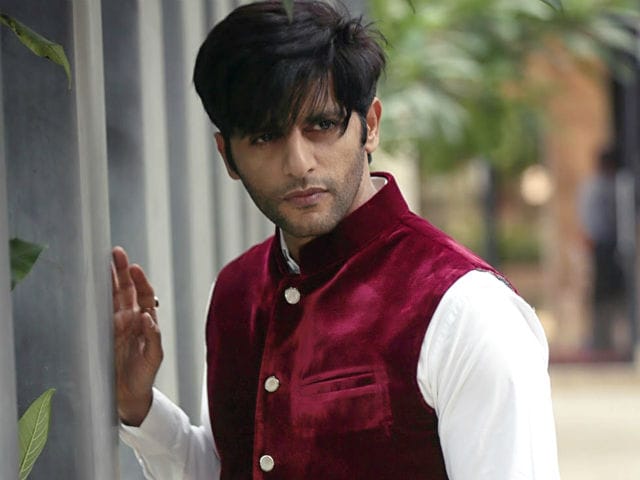 Actor Karanvir Bohra, who is currently seen in Naagin 2, met with a road accident on Tuesday morning. The actor was on his way to Bhuj with his co-star Priya Banerjee and his sister Minakshi to shoot for his upcoming film Hume Tumse Pyaar Kitna. The trio received minor injuries and are back to Mumbai now. Karanvir, 34, said, "With the grace of God there are no injuries except for a slight back pain due to the sudden jerk. A speeding truck was coming from the wrong side and we managed to swerve to the right on to the pavement in an attempt to avoid the truck and hit a lamppost." 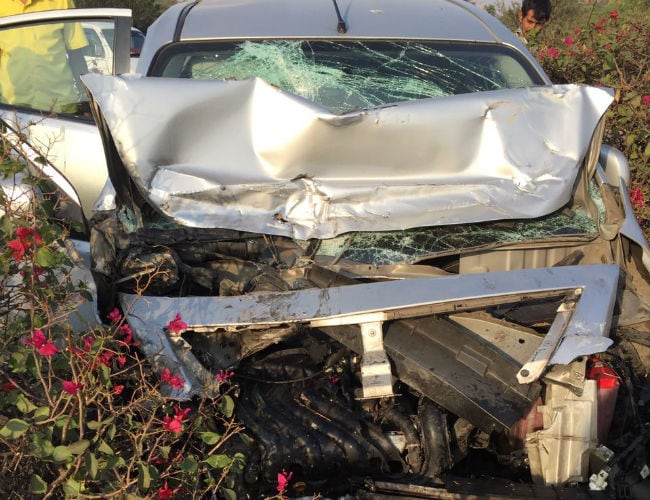 Karanvir's car got completely smashed in the accident

Recounting the incident, the Shararat actor also added, "The car is completely smashed and it's a miracle we survived. We were actually going to shoot just the title track of the movie and that is all that is left for the film to complete." Karanvir plans to resume shoot from next week.
Speaking about his film Hume Tumse Pyar Kitna, Karanvir said, "It's a tribute to Sonia and Rajiv Gandhi ji's love story, but it's is fiction. It is a simple story which is made to create a different content for the audience. It is a tribute to love and peace worldwide."
Karanvir Bohra is married to Teejay Sindhu since 2006. In October last year, the couple became parents to two twins. He is the star of television shows like Kasautii Zindagii Kay, Dil Se Di Dua... Saubhagyavati Bhava? and Qubool Hai. He has also starred in the film Kismat Konnection.