Mouni Roy plays an ichchdhari naagin in a television show. "It's a fantasy fiction. It was presented like that too," she said 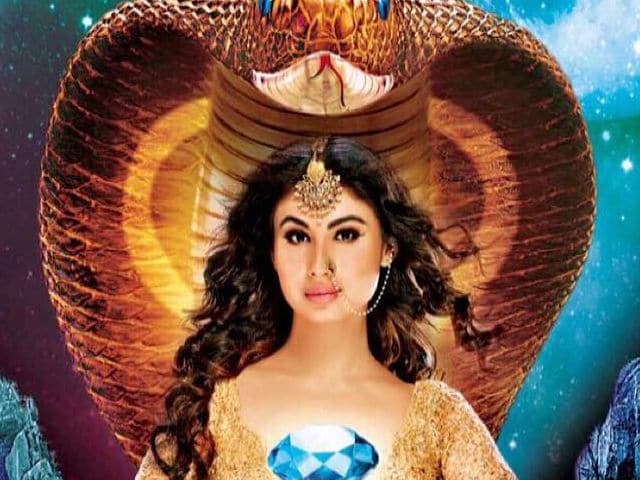 Mouni Roy says she knows not everybody is going to like you.

Actress Mouni Roy, who plays the role of revenge seeking ichchdhari naagin in fantasy television show Naagin 2 said that it's possible that "everybody is going to like you," reports IANS. Shows like Naagin and Sasural Simar Ka have been criticised for being regressive, but Mouni says no one's forced the audience to watch the show and they can chose not to watch the show. Mouni, who started her career on the small screen in 2007 with television show Kyunkii... Saas Bhi Kabhi Bahu Thi, told IANS: "I have been around in the industry a lot to know that not everybody is going to like you and not everybody is going to agree with what you are doing. I respect everybody's opinion."
In Naagin 2, Mouni plays the role of Shivangi, an ichchdhari naagin, who wants to avenge her mother Shivanya's (also played by Mouni Roy ion first season) death. She was killed by another ichchdhari nagin played by Adaa Khan, a shape-shifting bee played by Aashka Goradia and some simple human beings who conspired to get the Naag Mani from Shivanya.
"Naagin 2 is a fantasy fiction. It was presented like that too. I know shows that promise something else and give something else, but here that is not the case," Mouni told IANS. "We don't force, we don't shove it down anybody's throat," she added.
Mouni Roy was recently seen in Tum Bin II for a special dance sequence Nachna Aaonda Nahin. She's also featured in shows like Kasturi and Devon Ke Dev...Mahadev.
(With IANS inputs)