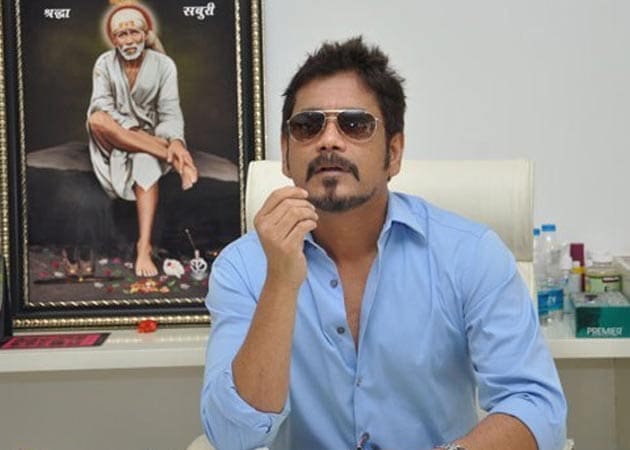 Nagarjuna?s next release will see him sharing screenspace with both his dad and his son

The show will be similar along the lines of original Kaun Banega Crorepati, with a cash prize of Rs.1 crore. It will be aired on MAA TV.

It's official! Actor Akkineni Nagarjuna will host the Telugu version of popular quiz show Kaun Banega Crorepati. Titled Meelo Evaru Koteeswarudu in Telugu, the show will go on air from mid-June.
"Nagarjuna will host the Telugu version of Kaun Banega Crorepati.. He was selected amongst 38 popular names that were considered to host the show. After rigorous selection process, we have zeroed in on Nagarjuna who we think will do complete justice to the show," Nimagada Prasad, chairman, MAA TV, told IANS. (Also read: Nagarjuna signs a film with Mani Ratnam)
The show will be similar along the lines of original Kaun Banega Crorepati, with a cash prize of Rs.1 crore. It will be aired on MAA TV. (Also read: Big B starts promo shoot of Kaun Banega Crorepati 8)
"The show is likely to go on air from June onwards, and it will be more or less similar to the original," he added.
An elated Nagarjuna said, "The show will realize the dreams of common man. Everybody deserves an opportunity to fulfill their dreams. This show will provide a platform for such people realize their dreams".
In Tamil, Kaun Banega Crorepati has been hosted by Suriya and Prakash Raj.
Amitabh Bachchan and Shah Rukh Khan have hosted the Hindi versions of the show so far. Its Bengali version was hosted by cricketer Sourav Ganguly, Bhojpuri by actor Shatrughan Sinha and Kannada version by Kannada Version was hosted by actor Puneeth Rajkumar.