Namaste, Says Priyanka Chopra on Sets of New Project. Find Out What it is

Priyanka Chopra will feature as a celebrity guest on popular fashion reality show Project Runway during the upcoming season 15, which will air in September 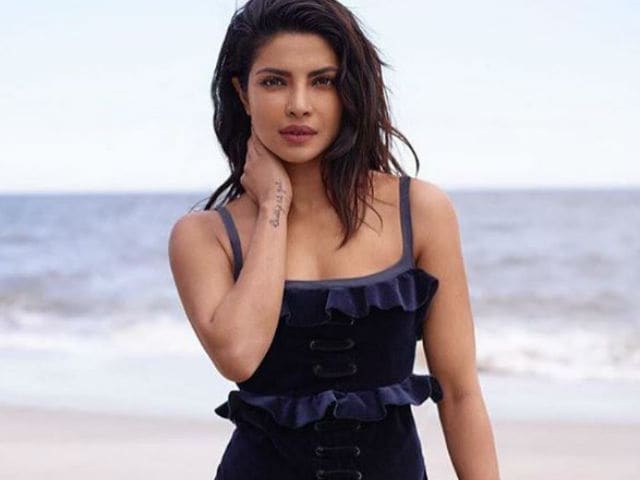 This image was posted in Instagram by Priyanka Chopra

Priyanka Chopra has conquered the west with Quantico and now she's all set to make her mark in the international fashion industry. Her move - Project Runway.
The 34-year-old actress will feature as celebrity guest on the popular fashion reality show during the upcoming season 15, which will air in September. The Fashion star shared an image with the show's regulars - model and show producer Heidi Klum, designer Zac Posen and Marie Claire's Nina Garcia. They are also joined by Marchesa founder Georgina Chapman:

Namaste to you too, Priyanka.
Meanwhile, at 3 am, Priyanka was busy filming the second season of her hit television series Quantico. She said so:

Priyanka Chopra will also be seen in upcoming Hollywood film Baywatch, where she plays antagonist Victoria Leeds opposite Dwayne 'The Rock' Johnson.
She hasn't announced any Bollywood projects yet.