In a recent interview, Narayani Shastri revealed that she tied the knot with her boyfriend Steven Graver, a British national. "We did not want to blow the news of their wedding out of proportion," she said 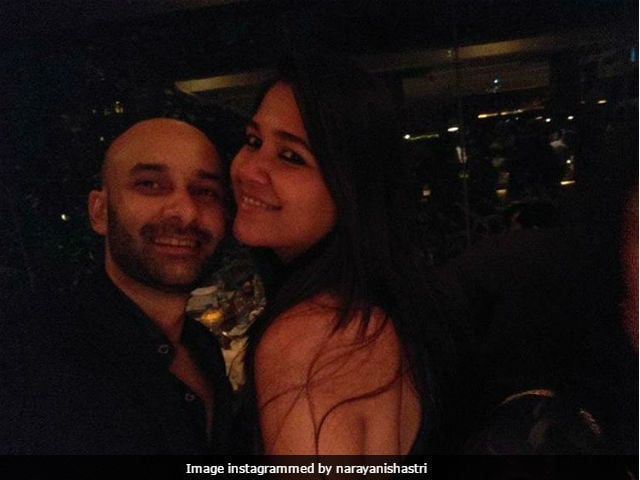 Television actress Narayani Shastri, who was last seen in Piya Rangrezz as Bhanvari Devi Singh, finally revealed that she has been married for one-and-a half year, in an interview to timesofindia . The 38-year-old actress got married to her boyfriend Steven Graver in 2015. Narayani's husband Steven is a British national who has been residing in India for many years. She told timesofindia that Steven is 'media shy.' Talking about her wedding, which came as a huge surprise to her fans, she told timesofindia : "Honestly, both of us didn't want to get married. We actually got married because one day we were wondering 'Why don't we want to tie the knot, given that the two of us want to be together always?' It was rather strange. This thought came to us one day and we called the registrar the next day. I was dressed in jeans and a T-shirt and had only my mother and a few close friends at the wedding. We did not want to blow it out of proportion. Tony and I needed some time to get comfortable with the idea of being married and now, we are comfortable with the thought."
She added that a few friends from the industry knew about her marriage to Steven. "It's not that I would deny it if somebody asked me; I hadn't committed a crime! It's just that I wouldn't go to anyone and say, 'Hey, I got married'," Narayani told timesofindia .
Narayani, who dated Steven Graver for five years before tying the knot, told timesofindia : "He doesn't miss London and is very happy in Mumbai. He has been in India for the past eight years and he loves the people here. I met him much later; we have been together for only five years now. I met him through my best friend. Tony loves his work - he is a creative director with a company. Basically, he is an artist and if you see his paintings, you'll be amazed. They are not like paintings, they look like photographs!"
Narayani Shastri has also been sharing pictures with her husband on Instagram. Check out a few pictures shared by her: