When asked why she wants to be a model, Nargis claimed it to be 'just a job,' which seemed to not fly down well with the judges 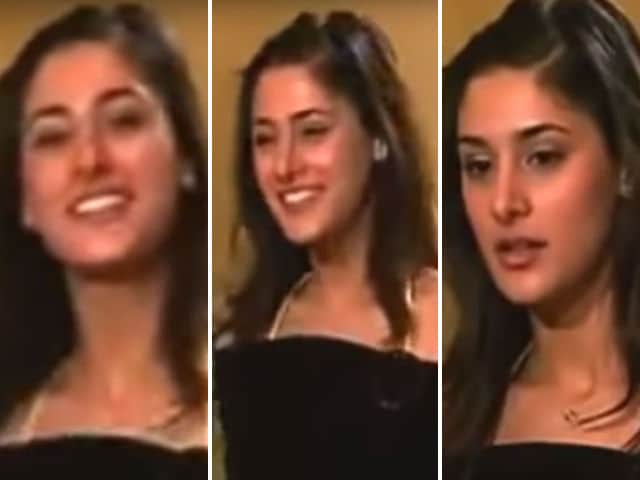 A still from Nargis Fakhri's audition on America's Next Top Model

Now a stunning beauty with oodles of confidence and a quirky sense of style and humour, Nargis Fakhri was once just a simple girl-next-door trying to make it big in show business.
Don't believe us? Here's a video from 12 years ago, about seven years prior to Nargis' Bollywood debut, which seems to have been resurrected by the Internet. Nargis was auditioning for the hit American reality television series America's Next Top Model and she was nervous and fumbling, yet endearing.

Nargis hit it big with Imtiaz Ali's Rockstar which released in 2011. Since then, she's done films with actors Varun Dhawan, John Abraham, Emraan Hashmi, Akshay Kumar and Riteish Deshmukh. She's the face of many chart-topping tracks, and she even scored a Hollywood film, Spy, with Melissa McCarthy. Her quips from interviews are well-known.
But on Top Model, she didn't have all the answers. When asked why she wants to be a model, Nargis claimed it to be 'just a job,' which seemed to not fly down well with the judges.
Supermodel and show creator Tyra Banks, however, felt that even though she was over-rehearsed and lacked the drive to be a model, Nargis had a 'great body.' After gaining entry into the show, the actress was eventually eliminated from Cycle 3. She had earlier auditioned for Cycle 2 as well.
Nargis has clearly come a long way since then, especially as a cover girl.


Someday you will look back and know exactly why it had to happen. #nyc #love #october #fashion #magazine #past #movingforward #selflove

Her recent photoshoot for a fashion magazine proves that she could give any model a run for her money.

America's Next Top Model is now in its 23rd cycle, spawning many country-specific adaptations, including India.
Nargis was last seen in Banjo alongside Riteish Deshmukh. She has been roped in for Hollywood film 5 Weddings which is slated for a 2017 release.