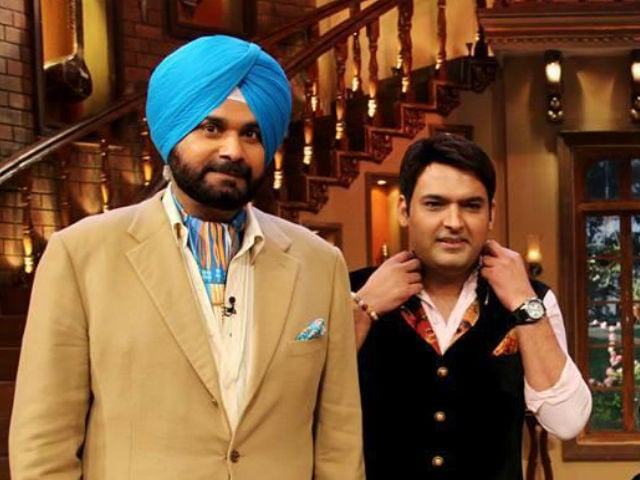 This image was posted on Twitter by Kapil Sharma

Mr Sidhu was missing from last week's episode of the show, when the team of Jazbaa with Aishwarya Rai Bachchan and Irrfan Khan had come to promote the film. At that time, Kapil had said that he was unwell and therefore couldn't make it to the show.
Mr Sidhu also tweeted:

Down but Not Out! Life threatening disease (DVT) With God 's Grace will recover. Life is Fragile, handle with Prayer. pic.twitter.com/ifz6UG5bny