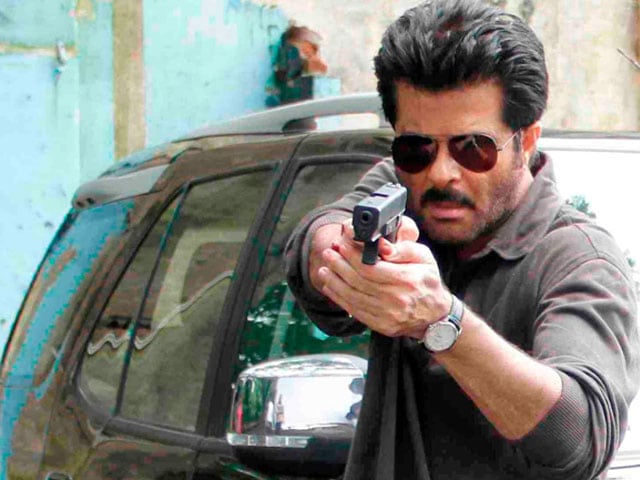 "It is a far more complicated plot than the show's first season. The drama quotient has been upped a lot. It is a very different format with a different tone. I am glad that the first season was accepted well and now we have a second season coming up," said Niranjan.

Screenwriter Niranjan Iyengar, who is writing the dialogues for the second season of the Indian version of television series 24, said that it will be more complicated this time.
Simultaneously, Niranjan will also be hosting the second season of his celebrity talk show Look Who's Talking With Niranjan.
"It is a far more complicated plot than the show's first season. The drama quotient has been upped a lot. It is a very different format with a different tone. I am glad that the first season was accepted well and now we have a second season coming up," Niranjan told IANS.
Actor Anil Kapoor brought an Indian version of the show 24 in 2013. Apart from having a new concept and high production values, 24 also had an impressive line-up of actors such as Shabana Azmi, Tisca Chopra and Mandira Bedi. (Also Read: Anil Kapoor May Not Take Legal Action on Suriya's 24 After All )
Niranjan began his professional journey as a film journalist and went on to assist Manish Malhotra as a costume associate. "I started working as a film journalist in the 1990s. Till about 1996 I worked as a film journalist. Then I joined Manish Malhotra for three years as a costume associate and did a lot of fashion shows. I also designed clothes for film stars," he added.
He has also written lyrics for two songs, for the remake of Subhash Ghai's Hero and is also co-writing the dialogues for Karan Johar's Ae Dil Hai Muskhil.
"I came back to writing, with my book The Making of Kabhi Khushi Kabhie Gham for Karan in 2000. While doing it, I used to be on the sets and I used to suggest lines to Karan. Then he offered me Kal Ho Naa Ho. He was writing the screenplay and he wanted me to write the dialogues. That's how I got into dialogue writing," he said.
Niranjan began his journey as a lyricist with My Name is Khan in 2009.
"In 2009, Karan was filming My Name is Khan. On one of the music sittings for the film, I started working on the songs and that's how I wrote Sajda and that's when my foray into lyrics began. I also wrote lyrics for films like Kurbaan and Heroine," he said.
Niranjan also said that it is a "great sign" that films like Masaan, which have a bold storyline and dialogues, are being accepted by audiences.
"The face of cinema changes every decade. What I feel now is that they have found a sizeable audience. Earlier people used to only like the commercial mainstream, but today the audience is willing to watch a Masaan. That's why they found the platform in multiplex. That's a great sign," he added.