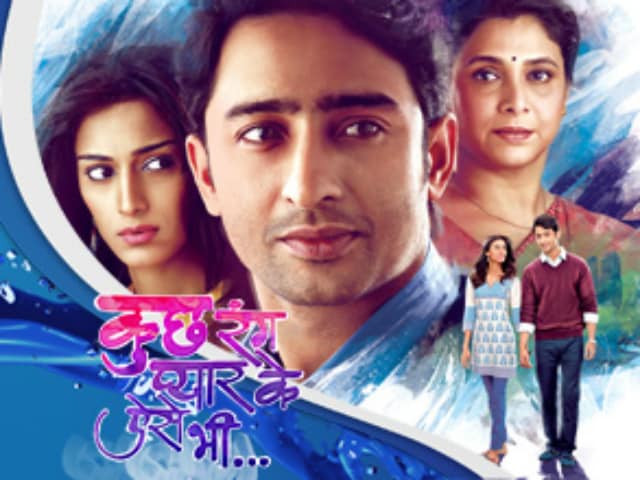 Kuch Rang Pyar Ke Aise Bhi, which is a unique tale depicting the impact of marriage on the close-knit relationship between mother and son, was under abuzz that it is going off-air due to the falling TRP. Co-producer of the show Yash Patnaik refuted such rumours when asked about the show closing down in an interview with Just Showbiz. "Rumours are part of life. As you say it is a rumour. The show is going very strong," Yash Patnaik was quoted by Just Showbiz. The interview was later tweeted by Yash's wife Mamta Yash Patnaik. Tweet read: "#Exclusive Kuch Rang is not going off air anytime soon: Yash Patnaik."
Also, when Yash Patnaik was asked about show's TRP falling down from last few weeks, he replied by saying that his romantic television show is going "strong". Just Showbiz quoted Yash saying: "We are already in the game. We are doing well on the channel in that slot." However, few months ago also, there were rumours of the show going off air, but it continued bringing a lot of twists and turns in the story.
Shaheer Sheikh, Erica Fernandes and Supriya Pilgaonkar play the lead roles in Kuch Rang Pyar Ke Aise Bhi. The prime-time romantic series is a realistic take on the romantic relationship between Devrath aka Dev (Shaheer Sheikh) and Sonakshi (Erica Fernandes). The show is all about the love story and how it impacts the unique, close-knit relationship between Devrath and his mother (Supriya Pilgaonkar).
Meanwhile, Kuch Rang Pyar Ke Aise Bhi, which completed a year today, is trending on social media for the special February 27's episode showcasing a new twist. In yesterday's episode, Dev approaches Suhana (her daughter) and tells her that he is her father. Suhana gets delighted to know this but Dev tries to mould her mind and tries to put Sonakshi in a bad light saying that she kept Suhana away from him purposely. Suhana trusts Dev's story and thinks that his mother had some bad motive behind keeping her away from her father, Dev.
The show will next move to, Suhana willing to go with Dev and live with him. Sonakshi will be left startled with the change in her daughter's behaviour. She is shocked to see that Suhana has chosen her father over her. Will Sonakshi be able to stop Dev from taking away her daughter?