No, No. Upen Patel, Karishma Tanna 'Aren't Splitting Up' After All

Upen and Karishma met on the sets of television reality show Bigg Boss 8 and have been dating since then. Upen proposed to Karishma while they were both co-contestants on the show 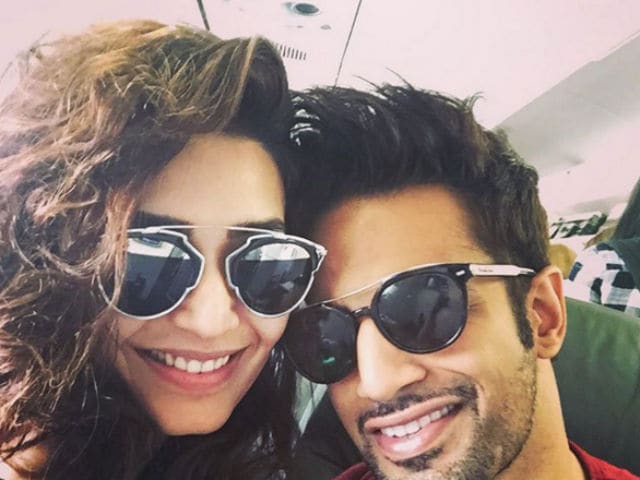 Actors Upen Patel and Karishma Tanna appear to have changed their minds about breaking up. On Sunday, just a day after announcing on Twitter they were done, Upen tweeted an amendment - it would seem that the couple are simply navigating a rough phase and are still together.
'Love conquers all' reads the revised status:

All those who love us.We R not splitting up but just getting through our ups & downs like all relationships go through. Love conquers all

The 33-year-old actor's original tweets prematurely pronouncing his romance dead have now been deleted. They read: "Me and Karishma have both agreed to part ways. Thank you for all your love. 2 much has come 2light & shown its true colours. love is never easy and when a certain foundation is broken it's impossible 2move forward."
No, love is certainly never easy and yes, it often does conquer all - that this divergence was separated by just 24 hours suggests that we should watch the space (Twitter, where else?) for more.
Upen Patel and Karishma Tanna met on the sets of television reality show Bigg Boss 8 and have been dating since then. Upen proposed to Karishma while they were both co-contestants on the show.
After Bigg Boss, Karishma and Upen participated in the dance reality show Nach Baliye, where, again, Upen asked Karishma to marry him.
Upen Patel was last seen in Shankar's 2015 film I, co-starring Vikram and Amy Jackson. Karishma's film Tina and Lolo with Sunny Leone is slated to release this year.