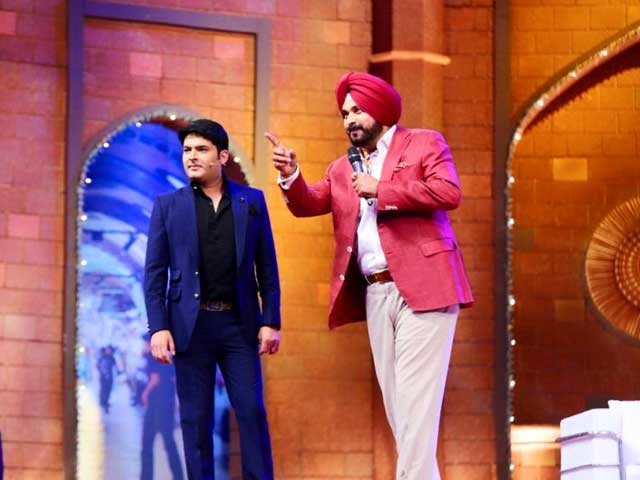 This image was posted on Facebook by Kapil sharma

Kapil Sharma made his comeback in his signature comic style in the first episode of The Kapil Sharma Show. The new TV show not only regaled the small screen audience but also got a rousing response in the virtual world.
Kapil had to abruptly leave a successfully running show Comedy Nights With Kapil on Colors due to a fallout with the channel. But he walked back on the small screen with his gang -- Sunil Grover, Ali Asgar, Kiku Sharda, Sumona Chakravarti and Chandan Prabhakar -- over the weekend.
The show, which airs on Sony Entertainment Television, got over 1,00,000 tweets from fans across the globe and over 10 million impressions.
Here's what Kapil's fans wrote on Twitter:

@KapilSharmaK9 it was an awesome 1st show...do come to toronto...

@KapilSharmaK9#TKSS Laugh is life actually & you are the master #Kapil - I'm Pakistani fr. UK can't watch u on time but never missed. <3

@KapilSharmaK9 Welcome back Kapil & all co actor's. Great show. Thanks once again for bringing back smiles on millions of face's

Viral Jani of Twitter India was equally impressed and said in a statement, "This weekend, fans across India expressed their joy with Kapil and his team's comeback, sharing real-time tweets, images and videos on Twitter while they watched the show. The show generated over 1,08,000 conversations in two days, one of the most spoken about TV premieres in recent times."
Kapil thanked his followers on Twitter.


Thank u guys.. Please let me know if u want to ask something @wasimakramlive .. Will ask u on ur behalf .. Love u all