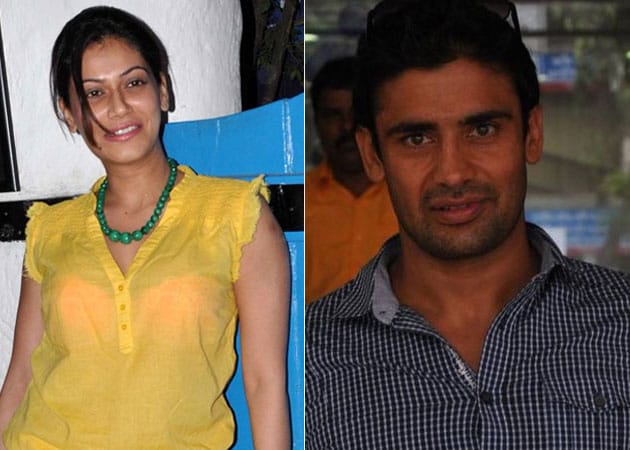 Payal says she is missing Sangram

Actress Payal Rohatgi, who is in a live-in relationship with wrestler Sangram Singh for the past two years, says she misses him a lot and may settle down with him soon.

Actress Payal Rohatgi, who is in a live-in relationship with wrestler Sangram Singh for the past two years, says she misses him a lot and may settle down with him soon.
Sangram is currently seen as one of the contestants in Bigg Boss 7, a reality show that comes on Colors channel.
"In these two years, for the first time we have lived apart from each other. He (Sangram) is not only my boyfriend, but my best friend as well," Payal said here in an interview. The actress featured in the second season of Bigg Boss.
When asked whether she will Sangram once he comes out of the Bigg Boss house, she said: "There is a lot that you want to say and share, but only with your boyfriend or best friend. I do miss him a lot and hopefully, we will (get married soon)."
Recently, Payal visited Sangram in the Bigg Boss house as part of a special task.
"I am highly thankful to the channel and the production house or I would say it was a luck that during that task family members were allowed to go inside the house for a few minutes," she said.
"During that time, Sangramji was in the statue mode, but I am glad that I got to meet him," added the actress who watches Bigg Boss just for her beau.
A total of nine contestants are left in the house, including Kushal Tandon, Gauhar Khan, Tanisha Mukherjee, Armaan Kohli, Sofia Hayat, Ajaz Khan, VJ Andy, and Kamya Punjabi.