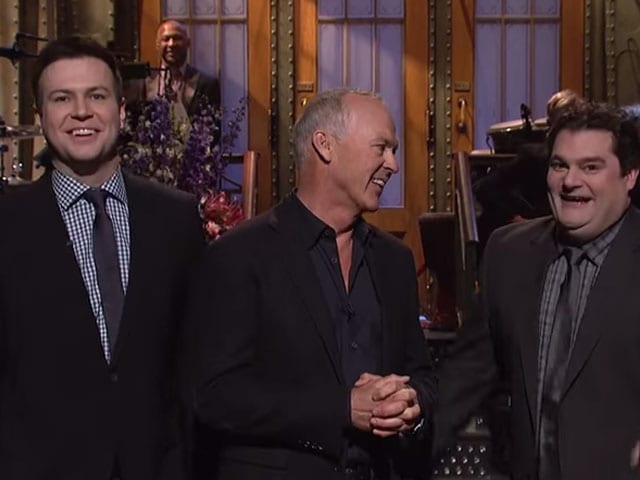 Actor Michael Keaton hosted Saturday Night Live for the third time on April 4 but his opening monologue didn't go quite the way he planned. He was hijacked by SNL cast member Taran Killam and Bobby Moynihan and basically press-ganged into reprising the role that made him famous (those of you thinking 'yay, Birdman' please just curl up and die).

"Please be Batman," Taran and Bobby beg the reluctant actor. "And Beetlejuice."

The ghostly and obnoxious Betelgeuse in 1988's Beetlejuice was one of Michael Keaton's early successes, a year before he played Gotham's caped crusader in the Tim Burton-directed Batman. He reprised the comic book superhero in 1992's Batman Returns.

On SNL, it turned out that Mr Keaton had been Batmanned and Beetlejuiced by Taran and Bobby anyway.