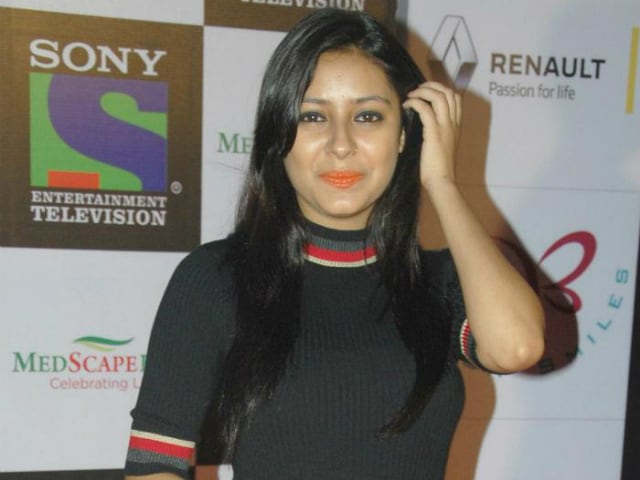 Several television personalities, friends and family members of TV actress Pratyusha Banerjee, who allegedly committed suicide in Mumbai on April 1, bid final farewell to her on Saturday.
The 24-year-old actress, who shot to fame with her role as Anandi in TV show Balika Vadhu, was found hanging from the ceiling at her flat last evening.
Pratyusha's last rites were performed at Oshiwara crematorium in Mumbai around 6 pm.
Several television personalities Kamya Punjabi, Smita Bansal, Rohit Verma, Rakhi Sawant, Ejaz Khan, Ratan Rajput, Sara Khan, Pooja Bose, Shilpa Saklani, Apoorva Agnihotri, Jay Bhanusali and Mahi Vij attended the funeral.
Pratyusha's mother was inconsolable and she kept saying, "I don't know why my daughter did this."
Pratyusha was 18 when she was selected to play the grown-up Anandi in Balika Vadhu. After exiting from the daily soap, she appeared in reality shows Bigg Boss 7 and Jhalak Dikhla Jaa. She was last seen in TV show Hum Hain Naa.
Pratyusha reportedly, had been dating producer Rahul Raj Singh. According to reports, she was facing problems in her relationship with him.
According to police, the actress, prima facie, committed suicide in her flat in 'At Harmony' building after which she was taken to Kokilaben Hospital in suburban Andheri by Rahul, where she was declared dead.