The Balika Vadhu actress was found hanging from a fan in her suburban Goregaon residence on Friday evening by her boyfriend and producer Rahul Raj Singh. She was taken to the hospital but succumbed there later. The Bangur Nagar Police has registered an accidental death case 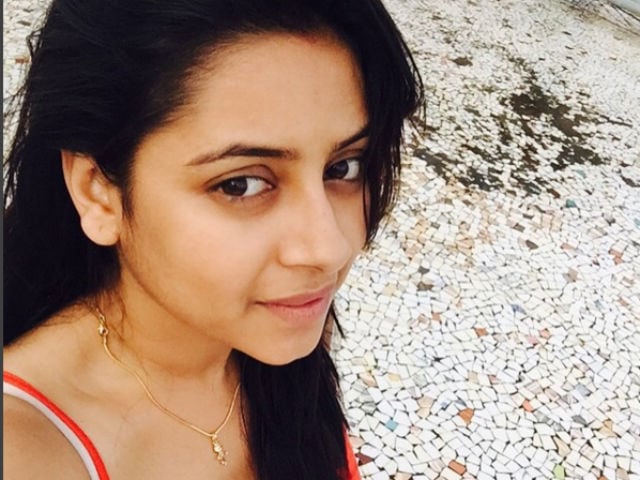 Ligature marks were detected on the neck of television actress Pratyusha Banerjee, indicating death due to asphyxiation and hanging, according to a preliminary autopsy on Saturday evening.
A team of doctors conducted the postmortem on her body for over three hours and the entire procedure has been videographed and photographed, Deputy Commissioner of Police, Zone XI, Vikram Deshmane told reporters.
The autopsy was performed by a team of doctors of Siddharth Hospital, and the preliminary cause of death is due to asphyxia, with the final report still awaited, he added.
The Balika Vadhu actress was found hanging from a fan in her suburban Goregaon residence on Friday evening by her boyfriend and producer Rahul Raj Singh. She was taken to the hospital but succumbed there later. (Also Read: RIP Pratyusha Banerjee. On Twitter, Celebs Mourn Balika Vadhu Actress)
The Bangur Nagar Police has registered an accidental death case and was in the process of recording the statement of Rahul, Mr Deshmane said.
Rahul, who was questioned by the police on Saturday in an attempt to unravel the possible reasons behind her suicide, said he was "innocent" as some of Pratyusha's friend claimed things were not going well in her personal life, a contention dismissed by her kin.
"We are recording the statement of Rahul in connection with the suicide. We are also checking the last phone call details and the SMSes exchanged between the duo," a senior police official said.
A senior police official said Pratyusha's parents didn't level any allegations against Mr Singh in their statement. Her parents said Pratyusha and her boyfriend did fight sometimes, but patched up soon thereafter.
Police hadn't found any indication of foul play either, he added.
Mr Singh's lawyer said his client has nothing to do with suicide. "My client is innocent. Let police investigate the case and find the reason behind the suicide...Let's see if any evidence comes up against him," he said.
The statements of her parents Shankar and Soma Banerjee, who arrived on April 2 from Jamshedpur, have also been recorded and further investigations are underway, he added.
Though officials declined to comment, a tattoo bearing the name 'Rahul' - purportedly referring to her boyfriend - was found on her upper back.
Pratyusha's last rites were subsequently carried out at the Oshiwara Crematorium in the presence of her parents, other family members, friends, actors and co-stars from the television industry.
Mr Singh was questioned by the police on Saturday in an attempt to unravel the probable reasons behind her shocking suicide that left the entertainment industry stunned.
The glamour industry is rife with speculation about her disturbed personal life, her suspected uneasy relationship with Mr Singh and other aspects that may have prompted her to resort to the extreme step.
Several television industry personalities have claimed on social media networks that Pratyusha was a strong-willed personality and they could not digest that she could end her life in this manner.