Karan Patel of Ye Hai Mohabbatein will be seen as Gulabo for a particular track in the serial. He introduced his new look via Instagram 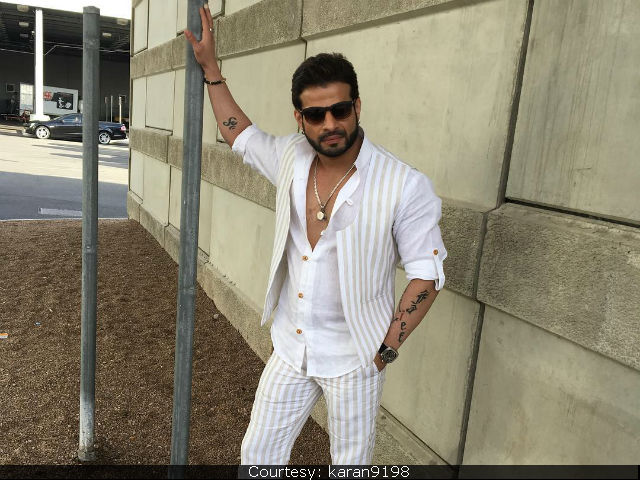 Television actor, Karan Patel, who plays Raman Bhalla, a businessman in Ekta Kapoor's popular show Ye Hai Mohabbatein, will now be seen in a totally new look. The actor is all set to play a woman on television for the first time. Karan will feature as Gulabo for a particular track in the serial. His look seems to be inspired from Kamal Haasan's Chachi 420. Karan, 33, revealed his new look on Instagram and introduced Gulabo to everyone. Karan is seen wearing a pink suit, mangal sutra, a bindi and long plait. He thanked Ekta for giving him the opportunity to do something new and wrote: "Ekta le aa gayi teri Gulabo." Ye Hai Mohabbatein is one of the most popular television shows and features Divyanka Tripathi opposite Karan Patel.
Here's Karan Patel as Gulabo. Seen Yet?

Interestingly, Divyanka, who plays Dr Ishita Raman Bhalla, Karan's wife in the serial, also featured as a guy for a track in the show a couple of months back. She too shared her look on Instagram and captioned the image as: "Yeh hain most wanted mundey...Kehti hai har kudi!"
Check out Divyanka's swag:

A photo posted by Divyanka Tripathi Dahiya (@divyankatripathidahiya) on Nov 29, 2016 at 11:30am PST

A photo posted by Divyanka Tripathi Dahiya (@divyankatripathidahiya) on Nov 29, 2016 at 3:13am PST

Ye Hai Mohabbatein started airing in 2013 and is one of the top-rated shows on television. Both Karana and Divyanka have won many accolades for playing Raman and Ishita. The serial revolves around Raman and Ishita and how they go against all odds to protect their three children and their family. Ishita plays Raman's second wife and is a Tamilian married in a Punjabi family.