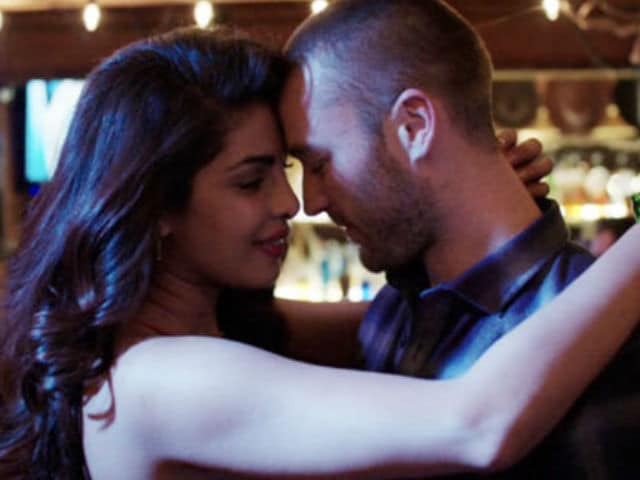 Actress Priyanka Chopra and Jake McLaughlin were top trends on social media after the makers of their show Quantico teased fans with a development in the show's storyline based on the personal lives of their characters, Alex Parrish and Ryan Booth. In one of the episodes last month, Alex discovers that the man she loves was a terrorist and was absolutely shattered. Quantico makers, meanwhile, are teasing fans with snippets of 'Ralex,' hinting that there's more to their story arc. In the GIF that's going viral, Ryan is seated opposite Alex and kisses her in a restaurant and it's captioned: "Ralex revealed!" with a heart emoticon.
Take a look:

There are a few more Alex and Ryan moments shared by Quantico makers which talk about their relationship:

"You should have it." - Alex and Ryan#Quanticopic.twitter.com/3LSzXDRPgw

Priyanka Chopra headlines the cast of American thriller series Quantico, in which she plays the role of a FBI rookie (season 1) who graduated to CIA (season 2) bringing down the terrorists threating her country. The show also stars Aunjanue Ellis, Yasmine Al Massri, Johanna Braddy, Russell Tovey, Pearl Thusi and Blair Underwood.
Priyanka has twice won the People's Choice Award for her portrayal of Alex Parrish in Quantico.
Priyanka Chopra is also awaiting the release of her Hollywood film Baywatch in which she stars as principal antagonist Victoria Leeds.
In Bollywood, Priyanka Chopra was last seen in 2016's Jai Gangaajal and has reportedly signed up for a film with Sanjay Leela Bhansali, with whom she collaborated for 2015 film Bajirao Mastani and who produced her in Mary Kom.