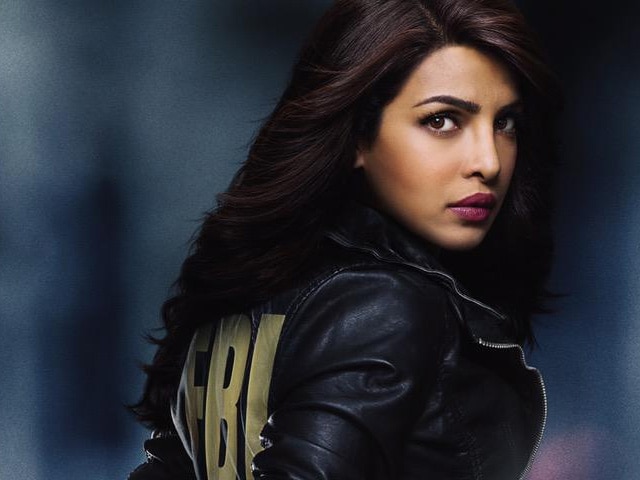 "Any actress from any part of the world would want to play Alex Parrish. She's Jason Bourne in female form," Priyanka Chopra was quoted as saying

Bollywood star Priyanka Chopra, set to star in ABC's new TV series Quantico, said that she came on board for the show because she wanted to be part of American television which has the best content in the world.
Priyanka talked about her role in the FBI thriller that finds her character framed for a terrorist attack at the Television Critics Association press tour, according to the Hollywood Reporter.
"I had a holding deal with ABC because (casting EVP) Keli Lee came to me in India while I was filming a movie," said Priyanka, who praised ABC's reputation for diverse casting.
"Of all the content, the best content in the world was in American Television, and I wanted to be part of that. And I wanted to be cast for the respect of being an actor, not for the colour of my skin. Going to school in America, I never saw anyone with my colour skin (on TV)," she was quoted as saying.
Priyanka added that she got her pick of scripts at ABC and immediately went for Quantico.
"Any actress from any part of the world would want to play Alex Parrish. She's Jason Bourne in female form," she said.
She also credited her interest in TV work to Kevin Spacey.
"I was doing a master class with Kevin Spacey a couple of years ago," she said. "I asked him, 'What [work] did you find most fascinating?' And he said television, when I thought he would say theatre. I just don't know what Frank will do, It keeps you on your toes," she recalled him saying of his House of Cards character.
Priyanka said that she is similarly in the dark about what goes on with her Quantico character. "They tell me nothing. Is that how TV works? That you don't know? It's frighteningly exciting as an actor," she said.
Priyanka lamented the 15-and 16-hour days she's been shooting in New York and hoped the schedule wouldn't keep her from continuing to do films in India.
"I do want to be able to do my movies and the show. I've always been able to multitask," she concluded.