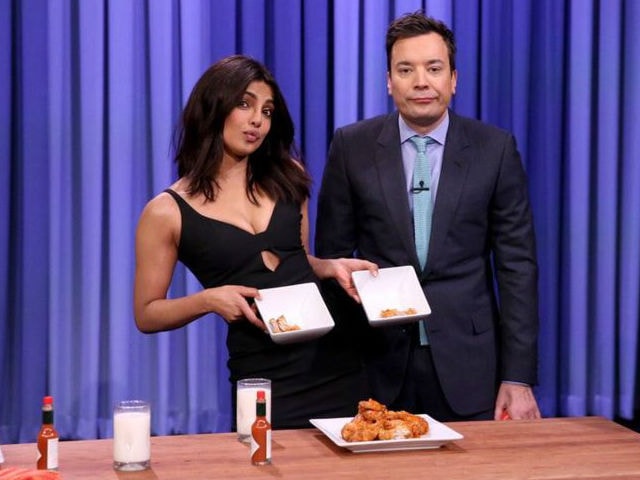 This image was posted on Twitter by Team Priyanka Chopra

Actress Priyanka Chopra appeared on The Tonight Show Starring Jimmy Fallon and she looked exceptionally chic. The actress also took up the host's wings-eating challenge and by the looks of it, she had fun. Here's a sneak-peek into Priyanka's stint on Jimmy Fallon's television show

Actress Priyanka Chopra is going places, literally. The actress who became an instant hit in the west with her television show Quantico, appeared on The Tonight Show Starring Jimmy Fallon on March 3.
If we go by the pictures and show snippets doing the rounds of social media, Priyanka sure had a lot of fun with Jimmy Fallon, to the audience's amusement.
For sample, here's how Priyanka beat Jimmy Fallon at wings-eating competition:


Hilarious!! Never take on a desi when it comes to food @jimmyfallonhttps://t.co/tJEWE02kKx#PConFallon 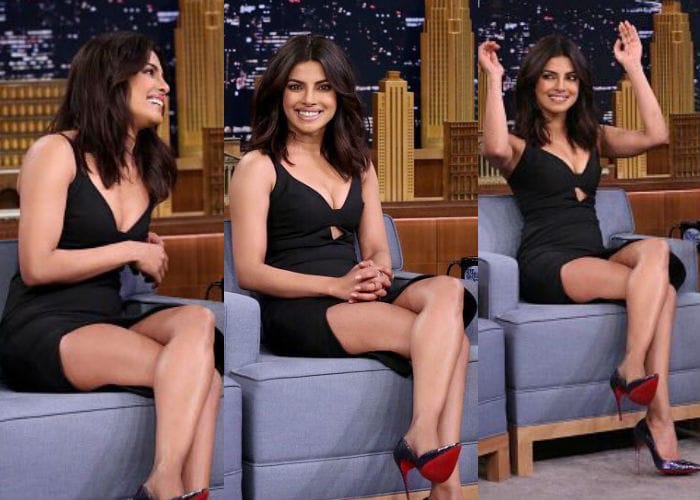 This image was posted on Twitter by Team Priyanka Chopra
Before the show, the Desi Girl took over the show's Instagram account helping fans to trace her steps before the show.
1. She Came:


Wassssup Tonight Show! I'm Priyanka Chopra from #Quantico and we're back on Sunday, March 6th at 10 pm on ABC -sooooo I'm taking over @fallontonight... Can u keep up? #PConFallon

Priyanka won the People's Choice Award for Best Female Actor in a New Television Series category for her role in Quantico. (Also Read: Priyanka Chopra Has 'Strict' Plans For Hollywood. She Explains)
Priyanka recently presented at the 88th Academy Awards, where once again she won over the fashion critics for her choice of Zuhair Murad and then the Jenny Packham gown for the Vanity Fair Oscar party. (Also Read: Priyanka Chopra Aces Oscars Red Carpet Look. How That Happened)