Priyanka Chopra Was Fun to Work With, Says Quantico Director

"I directed an episode of Quantico. I had fun directing Priyanka. She is absolutely wonderful," said Gideon Raff 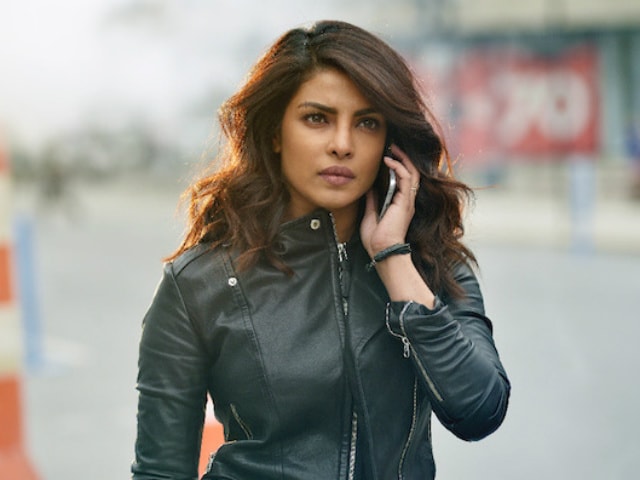 Israeli director Gideon Raff is all praise for "absolutely wonderful" Priyanka Chopra, who is making waves in the West with Quantico. He says he enjoyed directing her for one of the episodes of the American TV show.
Mr Raff, best known for Israeli TV drama Hatufim and its acclaimed US adaptation, Homeland, spoke about TV trends and more during a panel discussion at the Jio MAMI 18th Mumbai Film Festival with Star here on Tuesday.
"I directed an episode of Quantico. I had fun directing Priyanka. She is absolutely wonderful," said Mr Raff.
He also stressed on the importance of reinventing series so that people don't lose interest.
Filmmaker Nikkhil Advani, who is coming up with P.O.W. Bandi Yuddh Ke!, an Indian adaptation of Hatufim, said: "For me, there are plus and minus sides to it. The hardest thing is the writing process. How do you start from zero and then build it? When you have something to start from, it really helps."
"For us as the writing team, because we had Hatufim which is so universally relevant as an emotion, half of the battle has been won over there. The minus side is, if Gideon watches one episode and says 'You just messed it up!' So, there is a responsibility."
But Mr Raff is simply happy that his show is getting numerous versions.
"The idea, that a show I did very locally in Israel and thought was for a very small market, somehow found itself becoming a big American show and now an Indian show, is great. We are doing South Korean, Russian and Argentinian versions," he said.
"It is an amazing experience. It would be wrong for me to think that they need my help in adapting it. The idea is to take it and turn it into your own. I am just going to be a big fan of the show," he added.