"All the money Pratyusha had was taken by her parents. She had borrowed over R 50 lakh for them and was under tremendous pressure as the financiers used to call her" 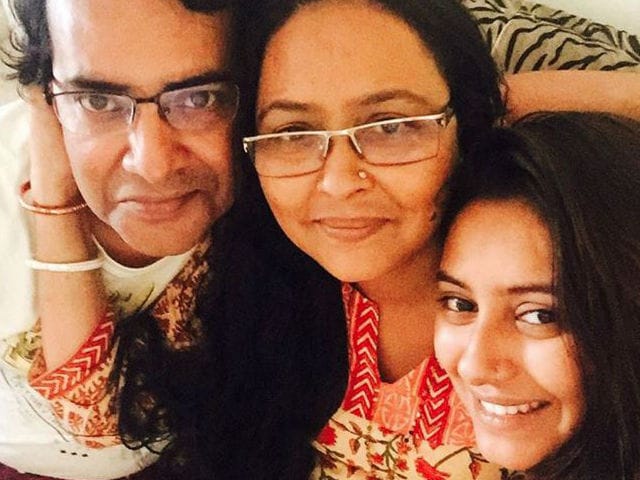 A day after the parents of deceased TV actress Pratyusha Banerjee demanded that her fiance Rahul Raj Singh be questioned in the matter, his father hit back with allegations that the 25-year-old Balika Vadhu actress was not stressed because of Rahul but because of her own parents, who seized complete control of all her money.
mid-day reported that the actress was found hanging from the ceiling fan in the apartment on Friday. Her mother, Shoma, pointed to the fact that Pratyusha was often upset because of her rocky relationship with Rahul ('They'd begun fighting more', April 3). But Rahul's father, Harshwardhan Singh told mid-day that Pratyusha was unhappy because of her parents, not his son. "Around a month back, Pratyusha came to Ranchi and met us. She said she wanted to marry Rahul. We asked her why she did not come with her parents and she said that she was going to file a case against them. All the money Pratyusha had was taken by her parents. She had borrowed over R50 lakh for them and was under tremendous pressure as the financiers used to call her," he alleged. 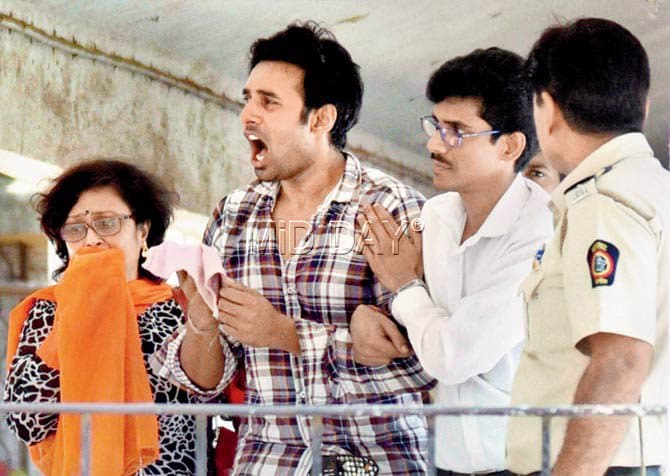 Rahul Raj Singh grieves for his fiancee Pratyusha Banerjee, who was found hanging in their apartment on Friday. (Image courtesy: mid-day.com)
"She never had any personal account; she only had a joint account. Her money was being handled by her parents. Sometimes I used to send money to Pratyusha - around Rs 5,000 -10,000. She was earning well, so I don't understand why she was bankrupt," he added. Pratyusha's mother Shoma and producer Vikas Gupta arrive at the post-mortem centre in Goregaon on Saturday. Her mother had told this paper about her rocky relationship with her fiance Rahul. (Image Courtesy: mid-day.com)
On his son's relationship with her, Harshwardhan said, "They were in love. Recently, she called me and said she had got her wedding lehenga stitched. A night before her suicide, they held a party at their place and several TV people had attended."
He also addressed allegations that Rahul may have played a role in her death, Harshwardhan said, "Rahul was very serious about Pratyusha. Mere bete ne pyar kiya hai, aur jo pyar karta hai vo aisa nahi karega." 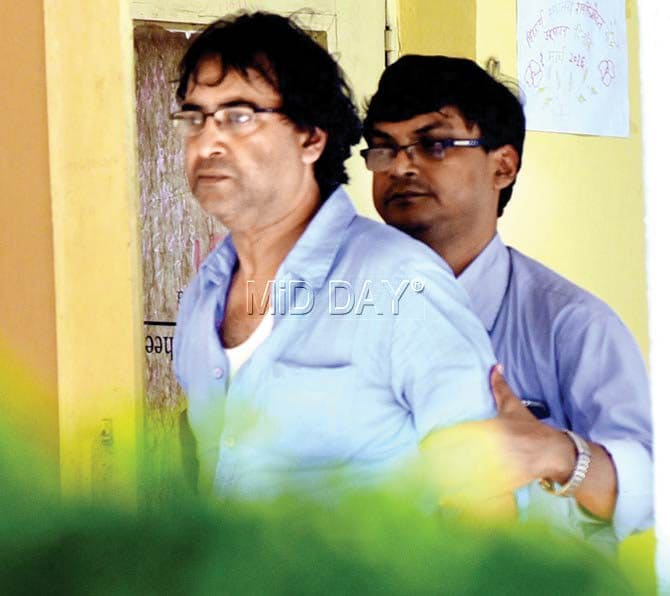 Image courtesy: mid-day.com
According to the Bangur Nagar police, during interrogation, Rahul confessed that he has a single bank account, but later it was revealed that he also has a joint saving account with Pratyusha in a nationalised bank. "It's not murder but a suicide case. The reason for suicide is not yet clear. We are cross checking all the possible angles, including their joint bank account. We have sent a later to the bank and asked for account statements and related documents from the account," said a police official.
Rahul hospitalised
Rahul was questioned by the police on Saturday and was finally allowed to leave at night, after which he and his father went to their advocate, Niranjan Gupta's office. He had not been given a clean chit in the case and it was anticipated that he would be called in for questioning again on Sunday. However, yesterday Rahul was rushed to Sai hospital in Kandivli after he complained of severe chest pain. His advocate Gupta said, "Due to depression and pressure, he developed severe chest pain. The doctors have kept him under observation for 24 hours in the ICU. No one is allowed to meet or talk to him, as advised by doctors." Meanwhile a team of cops and doctors visited the flat where Pratyusha committed suicide.
(This story has not been edited by NDTV staff and is auto-generated from a syndicated feed.)