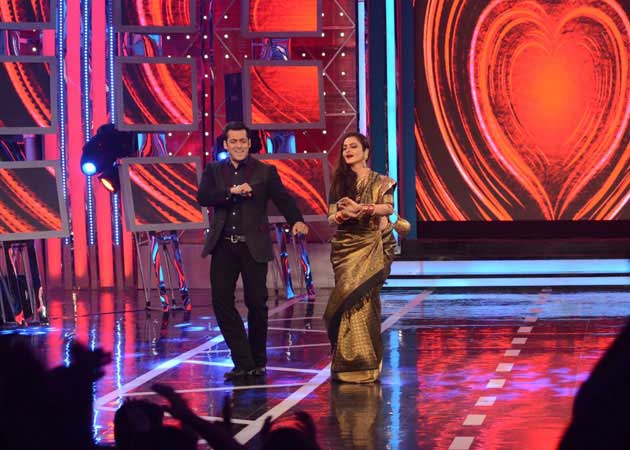 It's unlikely that the reference to Big B was anything but deliberate on the actress' part. Rekhaji and Big B, married to actress Jaya Bhaduri, were rumoured to have conducted an off-screen relationship while co-starring in films such as Mr Natwarlal and Muqaddar Ka Sikandar. The alleged romance reportedly ended after 1981's Silsila, which cast Rekha and the Bachchans in a celluloid love triangle that was said to reflect the reported real life romantic tangle.

Rekha and Amitabh Bachchan never appeared in a film together after Silsila and didn't even publicly acknowledge each other until January this year when the Bachchans greeted the Umrao Jaan star at the Screen Awards in Mumbai, ending 33 years of sub-zero snubbing.