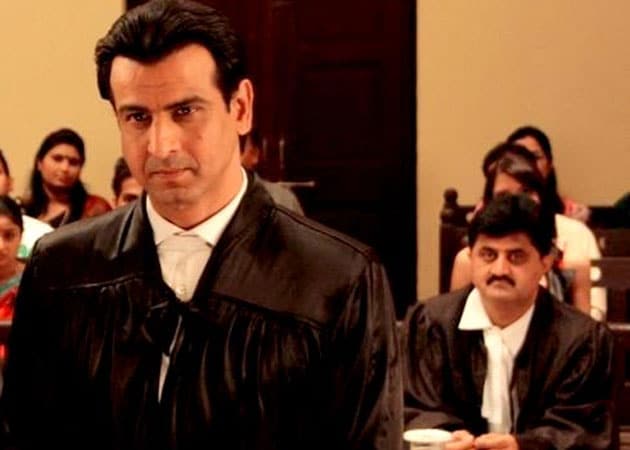 Actor Ronit Roy says the arduous hours and deplorable work conditions provided on the sets of television serials are potentially dangerous for the health of the cast and crew.

Actor Ronit Roy, who has been working in the television industry for over 15 years and has now phased out into big-screen acting, says the arduous hours and deplorable work conditions provided on the sets of television serials are potentially dangerous for the health of the cast and crew.
"The conditions under which TV actors work are unimaginable," said Ronit, who has been part of TV shows such as Kasautii Zindagii Kay.
"We have to work almost non-stop for 14-16 hours in the most unhygienic conditions. I was once shooting for my serial Adaalat on a set erected right next to a garbage dump...day and night! By evening the whole place would be stinking with garbage. I shudder to think what diseases that filth must have carried on to our sets," he added.
Roy's comments come in the wake of the sudden death of television actor Abir Goswami due to a heart attack, which has raised the perennial issue of unearthly hours and dreadful work conditions afforded to television actors.
Goswami, seen in shows such as Kkusum and Pyaar Ka Dard Hai, passed away on May 31 and Roy admits television actors work under conditions of tremendous health hazards.
"I don't know if Abir Goswami could have lived longer if he worked under better conditions. But we certainly don't guarantee even basic amenities, forget about luxuries for television actors. I am glad I've cut down on television. It would have surely taken a toll on my health," said the actor, who won kudos for his performance in Udaan.
Not many know that Goswami too was gravitating towards the big screen.
"Abir was my co-star in Ugly. A talented actor. We had also done television together. He had a very bright future as an actor. I rushed to his home after the tragedy. It's hard to believe Abir is gone. We had recently completed Ugly where he played an ACP," said Roy.
He added: "I believe he suffered from a heart condition. My advice to fellow-actors on television: please insist on getting basic amenities and decent food on the sets during those long hours that television demands." The actor further reveals that he might have managed got the Adalaat set removed from the garbage dump, but when it comes to the food provided on TV sets, Roy had to concede defeat.
"Luckily they listened to me about removing the set from near the garbage dump. But many times I am helpless. The food provided during television shootings is most of the time unpalatable. And there's nothing that can be done about it," said Roy, who came across the unhealthy conditions by chance.
"I never touch the food on the television sets. I get ghar ka dabba that my wife sends no matter where I am shooting. But most actors can't take home-cooked food with them," he said.
"I remember we were shooting for this long-running serial for one of the biggest production houses. The crew and cast came to me to complain about the food. I tasted the food. It was absolutely unpalatable. Not fit for human consumption. I complained to the production company's head about the food. For five days the food improved, then the quality went back to being what it used to be," added the 47-year-old.