Rumours of break-up with Aashka Goradia not true: Rohit Bakshi 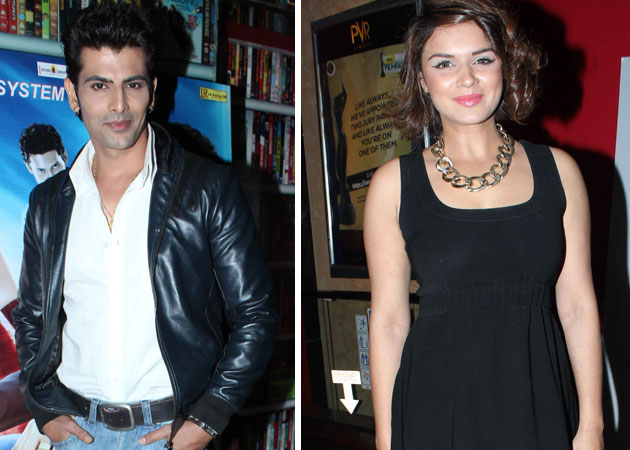 Ever since TV actress Aashka Goradia entered the Bigg Boss house, there have been rumours about her apparent break-up with her beau and fellow actor Rohit Bakshi.

Telly actors Rohit Bakshi and Aashka Goradia break their silence on rumours about their alleged split.

Telly actors Rohit Bakshi and Aashka Goradia break their silence on rumours about their alleged split.
Ever since TV actress Aashka Goradia entered the Bigg Boss house, there have been rumours about her apparent break-up with her beau and fellow actor Rohit Bakshi.
And now that the actress is out of the reality show, the couple feels it is time to brush off all the rumours and state the facts.
Rohit Bakshi said that the couple is very much together. "There is no truth to the rumours of our break-up," he said. "I had even gone to pick her up when she was out of Bigg Boss. I could not go to meet her earlier as I was busy promoting my film and I was not in town," he added.
The two lovebirds are not only in a relationship, they have also joined hands for a business venture. Rohit Bakshi said, "We met during a TV show Sindoor Tere Naam Ka and we started off as friends and gradually we started dating. We also started our business in Oshiwara and will expand very soon."
While Rohit Bakshi said that their relationship is going strong, marriage is not on the cards right now.
He added, "We are both focussing on our careers right now and when the right time comes, we will (marry)."
Aashka Goradia said, "His film was way too important than making an appearance on Bigg Boss. My mother came and told me about it and I was more than happy."
There had been buzz how the telly actress was very upset about Rohit Bakshi not keeping in touch when she was inside the house. She said, "I was inside the house for 80 days and I had no clue about what was happening outside. I was not insecure but worried about him, especially as the news came through Salman sir that he could not come on the show. You always get worried about your near and dear ones. Now that I am out, I am glad to be with him."