Ruslaan Mumtaz says, "People don't judge women within the industry, but I have friends, who have no connection with the film industry. They think that these women are very easy and they have a misconception about them" 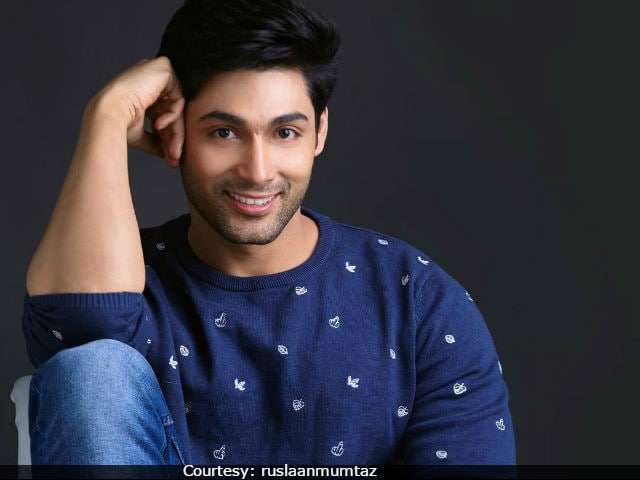 Ruslaan Mumtaz debuted in Bollywood a decade ago (Courtesy: ruslaanmumtaz)

Actor Ruslaan Mumtaz believes that people within the entertainment industry do not judge women, reports news agency IANS. "People don't judge women within the industry, but I have friends, who have no connection with the film industry. They think that these women are very easy and they have a misconception about them," Ruslaan said in a statement, reports IANS. Ruslaan Mumtaz, 34, son of actress Anjana Mumtaz, made his Bollywood debut in 2007 with Mera Pehla Pehla Pyaar. "Being an actor, I have interacted with so many actresses and have had close friends who are actresses. In fact my mother is also an actor, and these women might seem very glamorous in front of the camera," the actor told IANS.
"Whenever I meet anybody, whatever interactions I have with them, I try to change their perception about the industry. But it's not easy. There are shoots and photographs which are revealing, but I know the real them. We all work because that's our job, but that's not the real us," Ruslan adds.
Ruslaan debuted in television with Kehta Hai Dil Jee Le Zara. He will next be seen in one of the episodes of MTV Big F Season 2. The story revolves around a cricketer Tanmay (Ruslaan) and a cheerleader Jhanvi (Krissan Barretto) and the problems she faces in the male-dominated industry.
"Even judging someone like a cheerleader because of dancing in skimpy clothes is a very wrong mentality and we need to change that. I think the youth of India is slowly rearing towards that. Slowly and steadily in a few years' time women will be able to wear and dress however they want, without being judged," Ruslaan told IANS.
Ruslaan Mumtaz married Nirali Mehta in 2014. In February this year, the couple's vacation pictures in Mauritius went viral.

After Mera Pehla Pehla Pyaar, he starred in films like Tere Sang, Jaane Kahan Se Aayi Hai and I Don't Luv. He has also featured in television show Balika Vadhu.
(With IANS inputs)