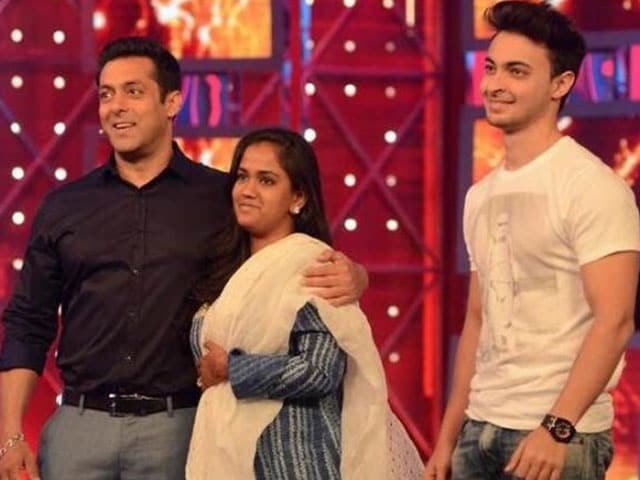 Arpita Khan's wedding festivities had barely concluded, but that didn't stop her from paying a surprise visit to her beloved brother Salman Khan on the sets of his show Bigg Boss 8, a day after her Mumbai reception on November 21.

Salman introduced the newly-weds to the thrilled contestants and and later escorted the couple out of the sets.