Sangeeta Ghosh: I am so glad I took that break from television 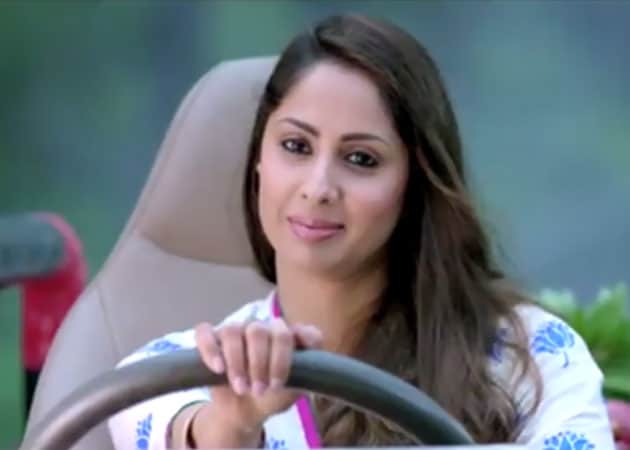 Sangeeta says it?s very difficult to get off the roller-coaster of round-the-clock shooting for television.

The actress, who is back on television with Kehta Hai Dil... Jee Le Zara, says the six-year break did her a world of good.

Actress Sangeeta Ghosh, who is back on television with Kehta Hai Dil... Jee Le Zara, after a self-imposed layoff of six years, says the break did her a world of good and that her marriage is not even remotely associated with it.
"Yes, I took a long break. But it wasn't because I got married. I took a break from television long before that. I just got tired of working day in and day out. I was missing out on my family life," Sangeeta said.
"Television is very exhausting. It's also very difficult to get off that roller-coaster of round-the-clock shooting. But one fine day, I just said enough was enough, and I quit. And you know what? I am so glad I took that break."
"It helped me reconnect with all that is real and vital in my life. I also got a chance to be with my father in his last few years," she added. Sangeeta's comeback show Kehta Hai Dil... Jee Le Zara, went on air on August 15. She says she is not back to the industry because she got restless.
"I didn't get bored of staying away from acting. In fact, I left because I was bored of seeing myself on television, although I must admit I didn't do that many serials. Still, I think I did more than enough. Now I am back because I want to work again. I feel I've something to offer as an actress," she said.
Sangeeta, whose last fiction shows were Rabba Ishq Na Hove and Viraasat, feels the TV industry has become more professional.
"The scripts are more well-knit, the characters are more believable and the competition is such that you can't drag on a serial unless it is liked by the viewers. The shooting crew is so much larger than it used to be earlier.
"Everyone is doing a specialised job on the sets. Work gets done faster," said the actress, best known as Pammi from Des Mein Niklla Hoga Chand.
Curiously, Sangeeta never did any saas-bahu (mother and daughter-in-law) serials.
"I was fortunate to not allow myself to get saturated on TV. It's not as if I didn't do any saas-bahu serials. It's just that I escaped getting stagnant in any genre. I think I made the right choices.
"I concentrated on television for as long as I could. Then I gave movies a try. Unfortunately, my films were shelved. But that's okay. What has to happen in life must happen," said the 37-year-old.
She is kicked by the vastness of the television industry.
"I am very happy to be back with a serial that allows me to play my age and to do something that is real and connectable with life," said Sangeeta, who essays the role of a girl in her 30s who has been looking after her family at the cost of her personal life.
Describing her character further, she said: "She enjoys doing what she is doing. She doesn't miss a personal life, though her grandparents pressurise her to get married. Then she meets a slightly younger boy, played by Ruslaan Mumtaz, who is just her opposite. He is reckless, brash and a spoilt brat. It's not a run-of-the-mill romance."
Sangeeta seems to be fully into TV again, but says: "Who knows? Two years from now I may take a break again. At the moment, I love my work."
Sangeeta says she can never do a reality show like Bigg Boss.
"But hats off to those celebrities who can play their lives out on camera. I am too private a person," she said.