Sania Mirza Is All Set To Enjoy Koffee With Karan 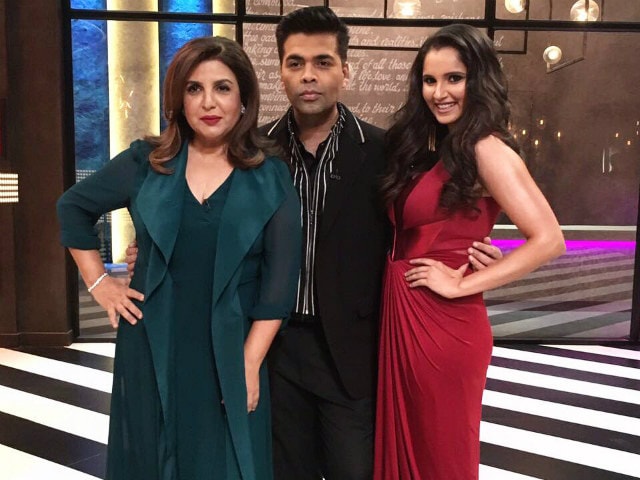 Indian tennis star Sania Mirza and choreographer-filmmaker Farah Khan have joined the list of guests to appear in the fifth edition of filmmaker Karan Johar's popular chat show Koffee With Karan.
Sania and Farah expressed their excitement over being a part of the show, which airs on Sunday. This is what they tweeted: