Sarika: Amitabh Bachchan was My Prime Reason to Act in Yudh 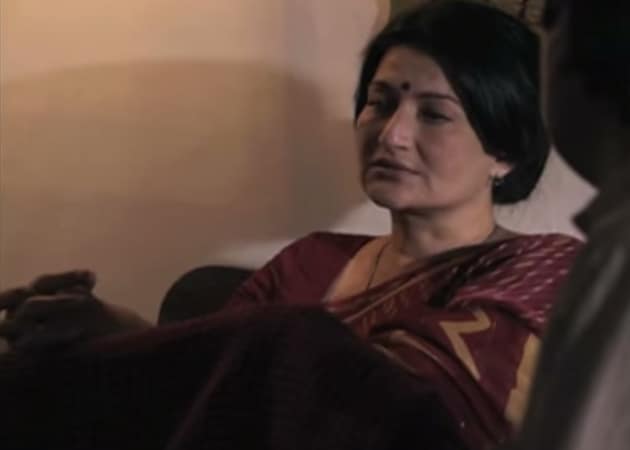 Sarika plays the first wife of Amitabh Bachchan in the series

Sarika, who takes up projects on the basis of the script, role and then director or actor, is looking forward to her first TV show

Veteran actress Sarika has shared screen space with Amitabh Bachchan in the past, but when she was offered a key role in Yudh, Big B's TV series debut, her initial attraction was to again star with the megastar.
Sarika, who herself is making her TV debut, plays Big B's first wife in Yudh, which has Anurag Kashyap as its creative director and Shoojit Sircar as creative consultant.
The two actors have appeared in four films together, including Sircar's yet-to-release Shoebite. She says that the first reason that she agreed to do the show was because of Amitabh. (Also Read: Sarika says we shouldn't judge item girls)
"When they came to me for this, the first reason I wanted to do it was because of Mr. Bachchan. It is an absolute pleasure and at times very disturbing, because he is so good at everything, to work with him," she told reporters here at the series' poster launch on June 11. "His energy level, discipline and timing. You feel you should've come before him or should've more energy than him. But all that translates into very good work. He is genuinely something. The way he works is very different from others. His schedule is amazing," she added.
Sarika's younger daughter Akshara also got the opportunity to work with the megastar in R. Balki's upcoming film Shamitabh and Sarika is happy about that.
"Both the things are happening together. Working with him is very interesting," said the veteran actress, who is glad that all three, including her elder daughter Shruti Haasan, are working at the same time.
Sarika, who takes up projects on the basis of the script, role and then director or actor, is looking forward to her first TV show. She says the small screen medium is going through change.
"I watch TV because it's a part of my profession and part of my decision-making. I must watch it to say yes or no to the industry. It is going through a period of change.
"What is there (emotional dramas) will always be there. At least 10 of them are still going on. Why? Because people are watching them.
"That will always remain, but we are also making space for something new. See how much of English TV (shows) have come in like Revenge and Pretty Little Liars which they didn't (watch) earlier. It's all getting mixed up, not just saas bahu," said the MTV fan.
Directed by Ribhu Dasgupta and co-produced by Amitabh's production company Saraswati Creations with Endemol India, Yudh will be aired on Sony Entertainment Television from July but the dates are yet to be revealed.