Keerti Gaekwad Kelkar has replaced Dipika Kakar, who quit Sasural Simar Ka to focus on her on personal life 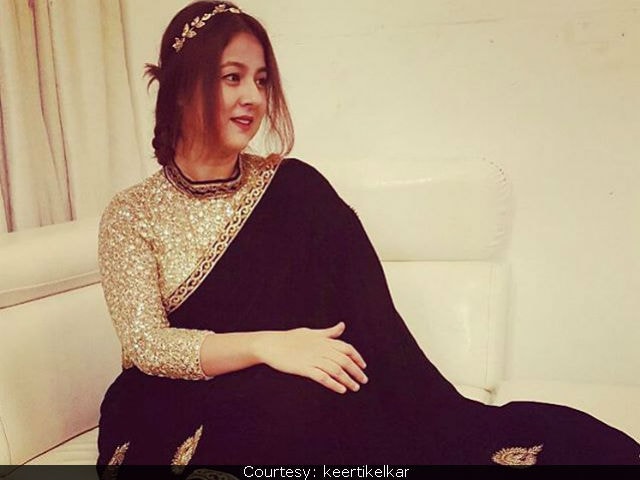 Keerti Gaekwad Kelkar, will now play the main protagonist in the television Sasural Simar Ka, reported TOI. Keerti has replaced Dipika Kakar, who quit the show earlier to focus on her on personal life. Keerti, who last worked in Choti Bahu, will be returning to small screen after a gap of more than five years. She told TOI, "I wanted to return to television with a good project. The show will bring its focus back on the mother-daughter relationship; I believe that I suit the role perfectly since I am also a mother." Dipika played the lead Simar in Sasural Simar Ka, since the show was aired in April 2011. Interestingly, Dipika aka Simar is dating her earlier co-star Shoaib Ibrahim (Prem) from the show.
Explaining about her role, Keerti told TOI, "Though the character of Simar is already established, the challenge lies in adding some freshness to it. I wouldn't have taken it up if it wasn't so challenging. I am nervous and excited at the same time to face the camera after so long."
Keerti, who is married to actor Sharad Kelkar, made her debuted in the television industry with Kammal. She later starred in Ekta Kapoor's Kahiin To Hoga and Sinndoor Tere Naam Ka. She also made a brief appearance on her husband's hit serial Saat Phere. The couple had also participated in the second season of celebrity dance reality show Nach Baliye.
Meanwhile, Deepika's boyfriend Shoaib earlier told TOI that he respects every decision of hers. "I will always support her in all decisions that make her happy. It was not easy for her to quit after six years, because as an actor, you get emotionally attached to your show."