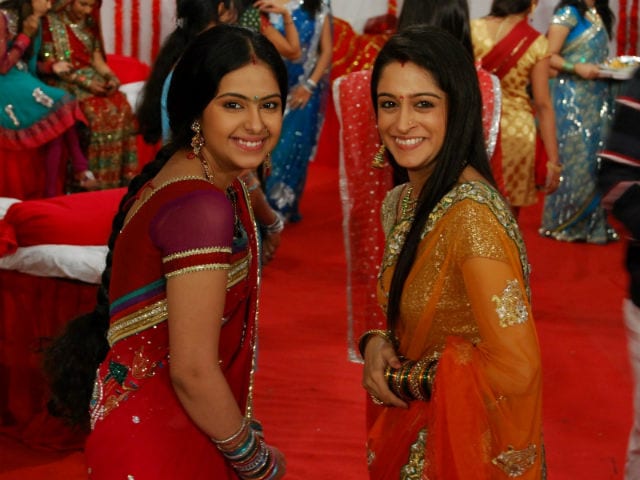 A still from Sasural Simar Ka.

Saas-bahu soap Sasural Simar Ka was still trending on Tuesday morning after having turned its main bahu into a house fly - which is every bit as absurd as it sounds. Twitter had something of a meltdown on Monday and was still unable to cope 24 hours later.
The story arc of Simar - played by actress Dipika Kakar - saw her being magically and randomly made into a fly as punishment for events that we are none too clear about.
No good can come of this but this much we gather - and Twitter be like:

Hanging out with Simar of the Sasural Simar Ka fame ... pic.twitter.com/LUHilpqYJw

Sasural Simar Ka is the reason why aliens never contact us.

So some Indian drama turned it's lead actress into a fly... Sounds like a very Indian Television thing to do tbh

Sasural Simar Ka now has the lead actress reborn as a fly.
In case you thought Game of Thrones was senseless.

Is there a script or do they do impromptu acting on set? #SasuralSImarKa#justasking

Sasural Simar Ka, which has been on air since 2011, appears to have taken a preternatural twist with the bahus - Simar and her sister Roli - under siege from assorted ghosts, ghouls and an ichhadhari naagin.
More when we demystify the house fly situation - which might be never.