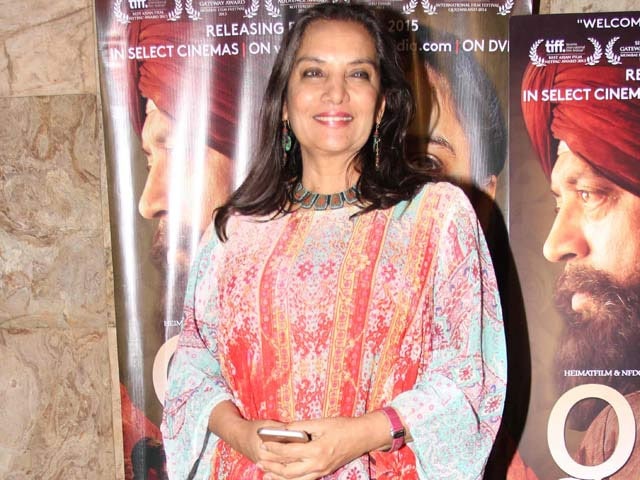 Veteran actress Shabana Azmi has joined the stellar cast of BBC One mini-series Capital, which is an adaptation of John Lanchester's critically acclaimed and bestselling novel of the same name.
The TV drama also features actors Toby Jones, Lesley Sharp, Wunmi Mosaku, Adeel Akhtar, Rachael Stirling, Gemma Jones, Robert Emms, Bryan Dick and Radoslaw Kaim. It is being directed by Euros Lyn, whose credits include Last Tango in Halifax and Happy Valley.
Ms Azmi, 64, is currently in London shooting for the show:

The Arth star has kept up a steady stream of tweets since she flew out to London a week ago:

On my way to London for a new BBC production with a stellar cast. Wish me luck friends

Have been up since 2 am. Jet lagging.have to report for work at 9am London time.most difficult scenes on 1st day. Aisa kyun karte hain?!

It's the first time ever that I've stepped into a production where I do not know a single person in the unit. Feel like a newcomer

Ms Azmi is also enjoying some personal time while in London:

What a charming place the Wallace Collection is. Great ambience and super food pic.twitter.com/R69cYtWwLF

Set in a single street in South London, Capital is a portrait of a road transformed by soaring property prices.