Shabana Azmi: I did 24 for Anil Kapoor 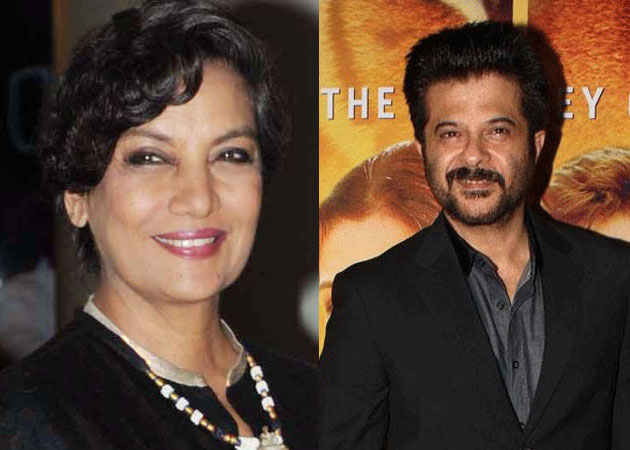 Shabana Azmi says she has always associated Anil with excellence

Shabana Azmi features in a cameo in Anil Kapoor's upcoming TV production 24, and she admits she agreed to the role only because of Anil.

Veteran actress Shabana Azmi features in a cameo in Anil Kapoor's upcoming TV production 24, and she admits she agreed to the role only because of Anil.
When asked how Anil managed to convince her for the role in the forthcoming TV show, Shabana said: "I was happy to do 24 because of Anil Kapoor, Anil Kapoor, Anil Kapoor. I have always associated Anil with excellence, quality."
Shabana was fascinated to see the same passion and dedication in Anil that she first saw in him 30 years back.
"He has been a very dear friend for years now and I was fascinated to see the same dedication, sincerity and passion in him that I saw when I first worked with him in the movie Ek Baar Kaho 30 years back. You are an inspiration Anil, it was an absolute pleasure," Shabana said at an event here.
In 24, Anil plays the lead role of Jai Singh Rathod, chief of anti-terrorist Unit of India.
Meanwhile, Shabana also said that director Abhinay Deo made her slog for two days for the show.
"The way Abhinay made me work in two days, I felt like, 'Where have I got myself stuck?' He was always smiling and said, 'Ma'am, it's okay'," she said.
Shabana says the show also offered her a role she had neither played in a movie nor in a play.
"But the fact is I enjoyed it a lot. The kind of character Abhilasha Grewal is, I have never done such a character either in theatre or films. It is a cameo and she is a no-nonsense woman and will stop at nothing to get what she wants," said Shabana, who has been in the industry for almost four decades.
24 will air on Colors TV starting from October 4.