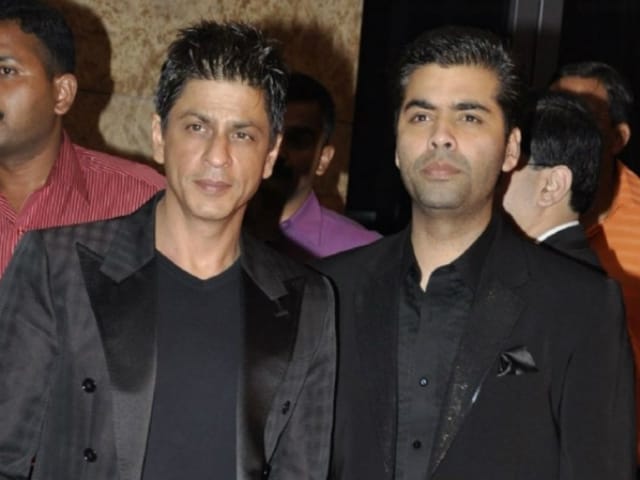 A file photo of Shah Rukh Khan and Karan Johar.

Filmmaker Karan Johar said that he "can't wait to work" with Bollywood's Queen Kangana Ranaut.
During a live Twitter chat session, when one user questioned: "What about Kangana? Will you work with her?" the filmmaker expressed his desire to work with the actress. (Also Read: Karan Johar is Like My Father, Says This Actress)

"@iamhimanisrk: #koffeewithkaran@karanjohar what about Kangana? Will you work with her?" Can't wait to work with her

There is a lot of speculation about Varun Dhawan and Alia Bhatt's Shuddhi. Clearing the air around his production, KJo said the film will go on the floors in September.
When asked whether "Shuddhi is happening or not?" he said:


"@Airaa_dvn: @karanjohar#koffeewithkaran shuddhi is happening or not??" Koffee with Karan will be happening in September/October this year

The filmmaker, who is known for creating larger than life entertainers with films like Student of the Year, Kabhi Khushi Kabhie Gham... and Kuch Kuch Hota Hai, also shared that he will soon be launching new faces in Bollywood.
It's not only the big screen that KJo has ruled, but the small screen also as the host of a talk show Koffee with Karan.
KJo had earlier announced that a new season of Koffee with Karan is in the pipeline, and this time he said that the opening episode has to be with superstar and his friend Shah Rukh Khan "and no one else".


"@fanraees: @karanjohar Kya aap shahrukh sir ko #koffeewithkaran mein bulayenge"yes!!! Opening episode has to be him and no one else