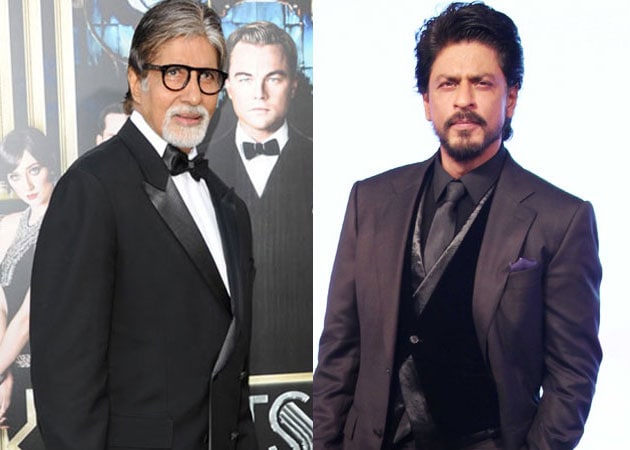 Shah Rukh and Big B, both ardent football fans, are currently glued into the World Cup festivities

SRK is sure the show will be "pathbreaking"

Shah Rukh Khan, who took the small screen route to filmdom and stardom, has reached out to Amitabh Bachchan to say that he's awaiting the launch of Yudh, which marks Big B's debut in the fiction space on TV. SRK is sure the show will be "pathbreaking". (Also Read: How big is SRK's Twitter family)
Shah Rukh tweeted to Big B on July 5:

@SrBachchan waiting for Yudh. Am sure it will be path breaking as all your other endeavours have been. Let's do football one nite sir.

Shah Rukh started his acting career with fictional TV shows such Fauji and Circus. It was then that he was noticed and picked up for films. Whereas, the Big B made his TV foray only in 2000 with reality game show Kaun Banega Crorepati, which ended up changing the face of Indian television.
He has since hosted most seasons of KBC, barring one, for which Shah Rukh sat on the quizmaster's chair.
Now, Mr Bachchan, 71, will be seen in Yudh - a finite TV series ready to go on air on Sony Entertainment Television from July 14.
Meanwhile, both the actors, who are sports enthusiasts, are busy catching up on the ongoing FIFA World Cup 2014.