Shama Sikander Is Trending Because Of Her Stunning Vacation Pictures 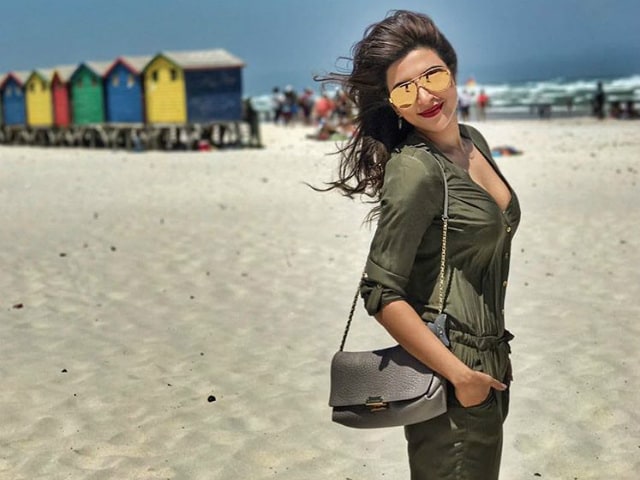 Shama Sikander is one of those stars who attends to social media regularly, and the internet loves her back. Shama Sikander has trended on and off for the entire of last year because of her frankness about struggle with bipolar disorder and for sharing certain sultry Instagram pictures. Shama Sikander is best known for starring in TV serial Yeh Meri Life Hai, which aired from 2003 to 2005. The 34-year-old actress has been trending on Friday morning her vacation pictures from Cape Town. Shama is currently holidaying in the African port city and sharing calendar-worthy pictures on Instagram. "Cape Point gave me that happy child feeling. This is an absolutely wonderful place with absolutely stunning views," Shama captioned one of the images.
Let's dive inside her New Year holiday. She also shared pictures from her favourite spot in Cape Town:


Cape Point gave me that happy child feelin This is an absolutely wonderful place with absolutely stunning views. One of the most beautiful drives in the world where on one side you have the Atlantic Ocean and on the other the Indian Ocean The sea is turquoise blue and the sand is as white as snow Definitely one of my favourite place in Cape Town #capepoint #beautiful #place #view #indianocean #atlanticocean #capetown #favourite #place #holidays #happychild #feeling

Victoria & Alfred Waterfront, a must visit place when you are in Cape Town #victoriaalfredwaterfront #must #visit #capetown #traveller #holidays

Well, this was not it. Shama also let her hair down in London. "It has become one of my favourite holiday destination where I would want to visit every year," she wrote.

Its really cold here near Thames river!!! And yes that's the Westminster Bridge behind me in the picture!!! #thames #river #westminsterbridge #london #holidays #winters #cold

This is how Shama Sikander's Christmas shaped up:


Yayyyyyy finally I found my Santa Claus Did you find yours??? #santaclaus #finally #foundhim #london #christmas

So how was your Christmas guys??? I had a really amazing one here in London #christmas #amazing #time #london

Shama Sikander confessed to have been diagnosed with bipolar disorder five years ago. Earlier in December, she opened up about the extent of her struggle with the psychological disorder. The 34-year-old actress explained she was "bored" with herself and with her life, reported Times Of India. Shama opened up about her ordeals and said that she even tried to end her life but was saved after her family members rushed her to the hospital, the Times Of India report added.
In an interview with Hindustan Times , Shama Sikander said that having battled bipolar disorder herself, she now wants to help others deal with it. "The only thing I know is that I want to help others and when you know what you want to do, everything else just falls in place. If anything like that comes forward, then I would love to do it. I would love to talk to people because that is one point where you feel that nobody can help you. I want to tell them to hold on as you are bigger than your problems," she told Hindustan Times .
Shama Sikander's last on screen project was a bold short film titled Sexaholic.