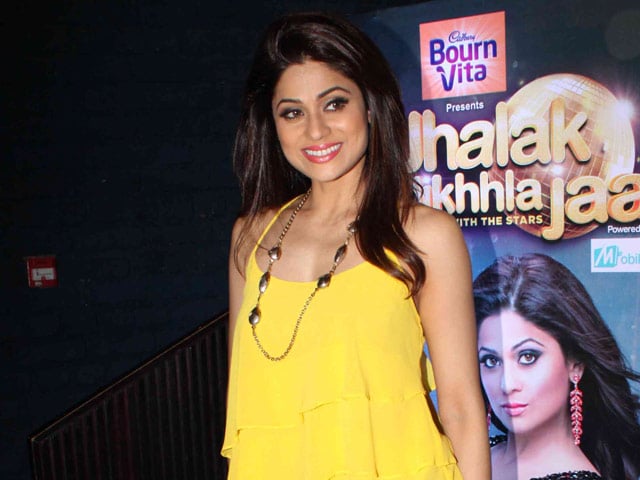 "I am very shy that way. I think I did not have that opportunity to show my dancing on screen," said Shamita Shetty

Bollywood actress Shamita Shetty, who is a participant on celebrity dance show Jhalak Dikhlaa Jaa, feels she has not got a proper opportunity to show her dancing skills on screen.
The 36-year-old actress, however, has special onscreen dance performances to her credit like Sharara Sharara from Mere Yaar Ki Shaadi Hai and Chori Pe Chori from Saathiya.
"There is lot more to me but I haven't really expressed that on screen. I am very shy that way. I think I did not have that opportunity to show my dancing on screen," Shamita told PTI.
"But when I am on my way with friends and all, people have seen me chilling differently. People will see a different side of me," the Mohabbatein actress said.
Her choreographer on the show, Deepak Singh, has taught her several dance forms.
"There are many dance forms that my choreographer has taught me. As and when we do every episode more and more dance forms will be explored," she added.
Before coming to Jhalak Dikhlaa Jaa, Shilpa did advise certain things to Shamita.
"She (Shilpa) knows me as a person and knows how passionate I am about music and dance and as a sister she will has always given advice to me. When I dance, it transcends me into a different world. The only thing she told me dance your heart out and enjoy," she added.
Shamita said that when it comes to dance, Shilpa has her own unique style that has become her trademark.
"Her song Shut Up and Bounce (in Dostana) was too good. I think she is one such actress, who has managed to last so long which is very rarely seen and it is fantastic. It is an achievement," Shamita said.
Explaining the reason behind opting for Jhalak Dikhhla Jaa, the actress said: "It is one of the best dance shows and I love dancing so I took it up. I have been offered this show earlier as well but because of lot of reasons I couldn't take it up. This time things fell in place."