Sharmila Tagore: No portrayal of working women in TV serials 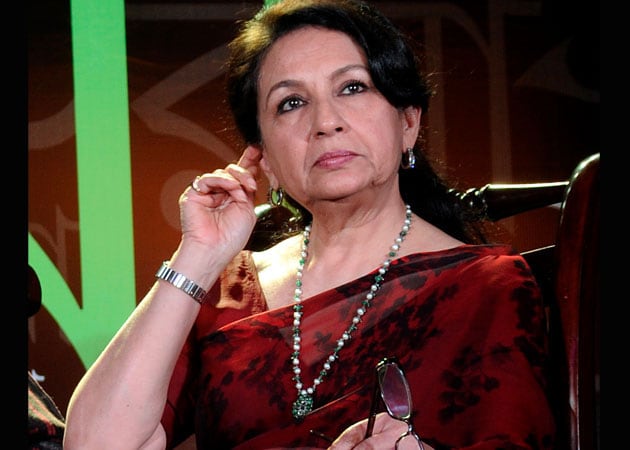 Actress Sharmila Tagore today said that content on the small screen is still stereotypical about women as they are mostly shown in kitchen dynamics.

Actress Sharmila Tagore today said that content on the small screen is still stereotypical about women as they are mostly shown in kitchen dynamics. Sharmila, 69, said that none of the female protagonist on the small-screen shows are working irrespective of their modern settings.
"Content of TV is stereotypical. Their shows still revolve around son preference and kitchen dynamics. No women go for work. There is a complete absence of working women from TV. Today, every women is doing job and managing her family too. Women should be portrayed intelligently in today's time," Sharmila said here.
Sharmila and her actress daughter Soha Ali Khan were in the city to lend support to veteran playwright Feroz Abbas Khan for his new TV show Main Kuch Bhi Kar Sakti Hoon, to be telecast on Doordarshan from March 8.
"I have watched the two episodes of the show and I am impressed with it. So, I decided to support the show. I can see a lot of research done by Feroz, who is my good friend. I have seen all his work right from Tumhari Amrita. Feroz has always been very committed towards his craft," Sharmila said.
Main Kuch Bhi Kar Sakti Hoon, conceived by the Population Foundation of India (PFI), will address practices such as sex selection, early marriage, early and repeated pregnancies and domestic violence in Indian society. Soha said that male actors too should lend their weight behind women-centric shows because they can create much difference in a patriarchal society.
"I will also tell bhai (Saif Ali Khan) and Kareena (Kapoor) to support shows like this because I feel a male voice brings much change in our patriarchal society. I personally believe that I have been a privileged girl child. I had the liberty to choose my career and partner," Soha said.
Main Kuch Bhi Kar Sakti Hoon is based on the concept of popular South African TV series Soul City. The series mirrors the real-life stories of social and development challenges faced by poor communities everywhere in the country.