Sherlock Says Season 4 May be The End of It 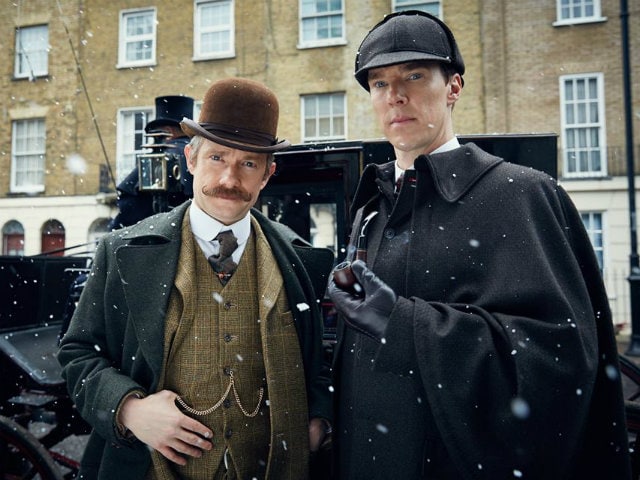 A still from TV series Sherlock.

Popular crime drama series Sherlock might come to an end after its fourth season, says actor Benedict Cumberbatch.
Mr Cumberbatch, who plays detective Sherlock Holmes in the series, said it may have run its course, reports variety.com.
"It might be the end of an era. It feels like the end of an era, to be honest. It goes to a place where it will be pretty hard to follow on immediately," Mr Cumberbatch said in an interview with GQ magazine.
"We never say never on the show. I'd love to revisit it. I'd love to keep revisiting it. I stand by that. But in the immediate future, we all have things that we want to crack on with and we've made something very complete as it is. So, I think we'll just wait and see," he added.
However, Mr Cumberbatch added that the idea of never playing the character again would be "galling".
The fourth season of Sherlock is set to premiere early next year.