Sherlock Trends: Fans are tweeting about the surprise twists revealed about the Holmes family - there are spoilers ahead so some of you might want to stop reading now 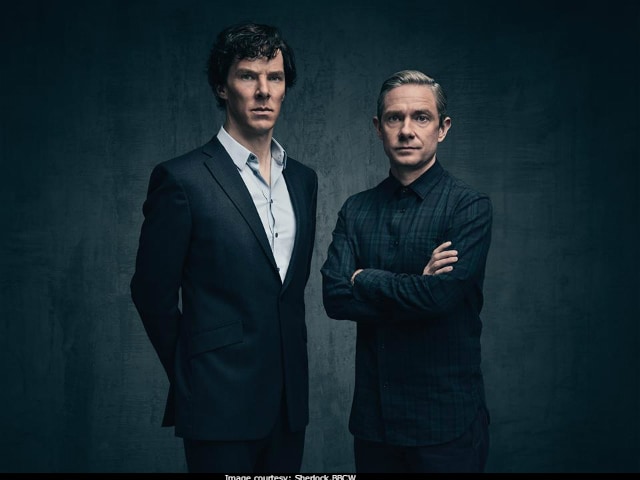 Sherlock Trends: A still from the show (courtesy: Sherlock.BBCW)

As ever after each season of Sherlock, the question fans are left grappling with is this - will the 'hat detective' return for another? The finale of Sherlock season 4 has aired in UK and ended with such a bang that it seems likely it was really the series finale. BBC has added to social media's suspicion that Sherlock has made his last bow, solved his final problem and exited for good by posting a tweet that reads: "It's all about the legend. The stories. The adventures. Thank you for joining us for #Sherlock." Fans are tweeting about the surprise twists revealed about the Holmes family - there are spoilers ahead so some of you might want to stop reading now. Sherlock, which transplants Arthur Conan Doyle's detective to modern London, stars Benedict Cumberbatch in the title role and Martin Freeman as John Watson.
The first episode of Sherlock season 4 ended with Watson's wife Mary being shot dead. At the end of episode 2, it appeared that Watson himself may have been shot. The finale episode revealed that he had not but was in mortal peril, as we're several other Sherlock associates, and from a secret adversary - not James Moriarty but Eurus Holmes, the secret Holmes sister who Mycroft thought was safely locked away for life in a secure facility. Eurus is Moriarty times 10, sending her brothers down a rabbit hole laced with intricate death traps they have to negotiate by solving puzzles - and that's not the only big reveal on the episode.
Sherlock is trending everywhere. Fans reacted variously on social media:


"If you're not reading the subtext of this show, then hell mend you!" #sherlockpic.twitter.com/QEleYxefx8

So. Sherlock... That happened.

I love his little smile as he's playing with Eurus. pic.twitter.com/nk2CImTrPL

Lord, this is messed up. #sherlock

It's unhealthy and a step backwards for Sherlock to seemingly forgive someone who traumatised him as a child. #Sherlock#norbury

If this is the truly the end of Sherlock, then what a way to go, read one international headline yesterday.