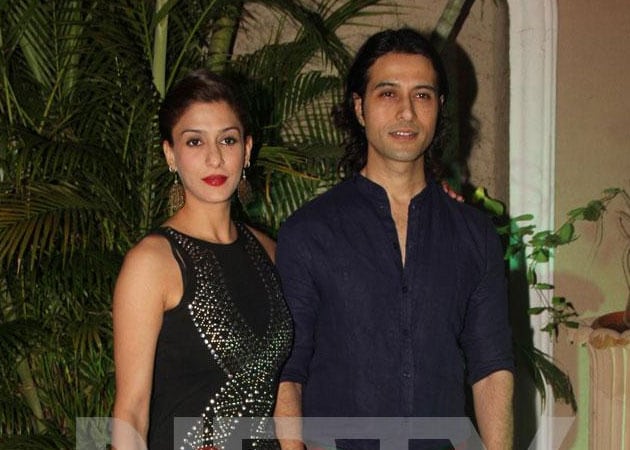 TV actress Shilpa Agnihotri, who has entered the Bigg Boss 7 house with her husband and actor Apoorva, said that she will "go with the flow" and won't bring up the issue of rave party on the reality show.

TV actress Shilpa Agnihotri, who has entered the Bigg Boss 7 house with her husband and actor Apoorva, said that she will "go with the flow" and won't bring up the issue of rave party on the reality show.
Shilpa and Apoorva were caught in an alleged rave party in May last year. The actors claimed innocence and said that they had no idea that it was a rave party.
"I have been a part of the industry for 14 years now and Apoorva even longer. I hope that the goodwill will stay with us a lot more than that one party," Shilpa said.
"If I get very close to someone in the house and if they would ask me about it, then I might talk to them. You can't over think these things," added the actress who featured in TV shows Kyunki Saas Bhi Kabhi Bahu Thi and Kkusum.
Apoorva started his career with films and was seen in Pardes, but later he moved to the small screen and played key roles in successful shows like - Jassi Jaissi Koi Nahin, Radhaa Ki Betiyaan Kuch Kar Dikhayengi and Aasman Se Aage.
The actress is relieved that she will also have her husband in the same house.
"It feels good that I am going with my husband. I am lucky in that sense. I am not entering the territory alone. I have my closest companion with me. I am hoping it will be good. We will play it by the ear and enjoy it," she said.
The 31-year-old also added that she would try and make sure no situation comes in between her and her husband.
"A lot of things are done to create problems on the show. I hope that we don't fall pray to it. I hope, we can retain the name, which we have earned for ourselves in all these years," she said.
But she is dreading the situation where one of them will have to leave the Bigg Boss house.
"That will be the worst time ever. I am dreading that situation. We have just kept our fingers crossed and hope that we can be together for a long time. If one has to go, then the other one should also get out soon," she said.
This is not the first time couple is participating in a reality show together. They were seen in Pati Patni Aur Who and Nach Baliy.
"I can't compare this to any other reality show. We did Pati Patni Aur Who. It was a similar set up, but not as strenuous as a Bigg Boss. We can't compare the two. This is a different ball game," she said.
In the reality show, the couple's inmates are Pratyusha Banerjee, Kushal Tandon, Gauhar Khan, Tanisha Mukherjee, Ratan Rajput, Kamya Punjabi, Rajat Ravail, Hazel Keech, Armaan Kohli, Anita Advani, Sangram Singh and Eli Evram.