Shilpa Shetty's Son, 4, Not Allowed to Watch TV Except For This Show 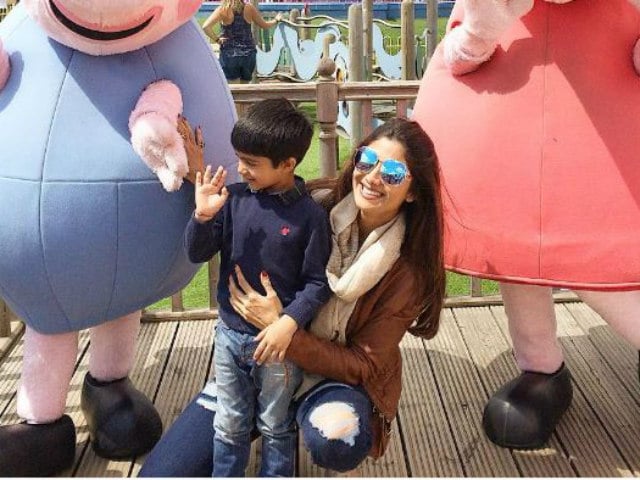 Actress Shilpa Shetty said that she is a strict parent and doesn't allow her four-year-old son to watch TV but will make an exception for a children's dance reality show.
"My son doesn't watch television. We don't allow him. I am a very strict parent. He is four years old. But I would like him to watch this show. Honestly, I will encourage him to watch this one," she said at the press conference of kids dance reality show Dance Ka Kal - Super Dancer.
She will be judging the show along with choreographer Geeta Kapoor and filmmaker Anurag Basu.
"So this will be his first tryst with television. This is a pure and clean show. We even have taken care of the language we used with the children. Because sometimes in shows, content becomes aggressive for children and you have to really monitor when a child watch the television. So as a parent I would definitely say that this show would be an introduction to Hindi television for my child," she said.
Shilpa said the talented kids in the show really surprised her and reveals her son is a tapori dancer as he is not trained.
Being a fabulous dancer, the actress, asked about her favourite dancer in Bollywood, said: "I love Mithun da's dance style in Disco Dancer and my all-time favourite is Sridevi."
Shilpa said that she is very emotional as a judge on the show and others have named her 'Rondu (crying) judge'.
Dance Ka Kal-Super Dancer will be airing from September 10.
(Except for the headline, this story has not been edited by NDTV staff and is published from a syndicated feed.)