"I have no clue why she is blaming us. We are all friendly on the sets. Aasif ji (Aashif Sheikh) used to get food for all of us too. The allegations are really shocking. It is definitely disturbing us and we hope she comes back," said Rohitash Gaud 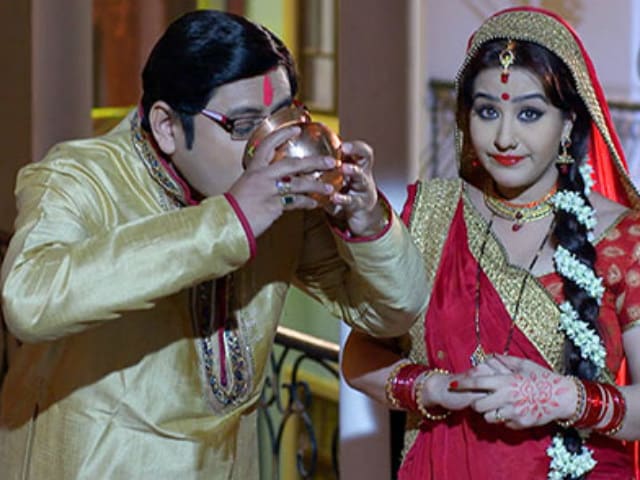 Actress Shilpa Shinde's exit from TV soap Bhabiji Ghar Par Hai citing 'mental torture' has prompted a response from co-star Rohitash Gaud who has branded the allegations made by Shilpa "shocking." Mr Gaud, who plays the role of Manmohan Tiwari on the popular TV show, told Tellychakkar: "Humare show ko kisiki nazar lag gayi hai. I have no clue why she is blaming us. We are all friendly on the sets. Aasif ji (Aashif Sheikh) used to get food for all of us too. The allegations are really shocking."
He added: "It is definitely disturbing us and we hope she comes back. We are ready to welcome her. Our producer is a good human being who's caring and gets along well with all the actors and crew members on the sets. We all work, pack-up on time and have good facilities here."
Tellychakkar also quoted Rohitash Gaud as saying: "She did not tell us about her issues. She was given two hikes in a year and I was unaware of that. I got to know about it from newspapers."
Shilpa Shinde, who played popular character Angoori bhabi, quit the show earlier in March alleging she was subjected to "mental torture" on the sets and that the makers asked her to sign an exclusivity contract. The 38-year-old actress had told PTI: "I never signed that contract. In fact, I came on board after Rashmi Desai left the part abruptly. I helped them when they needed. Today, they are spreading rumours that I threw tantrums on the set. That is sheer mental torture." (Also Read: Shilpa Shinde on Quitting Bhabiji and Joining The Kapil Sharma Show)
Shilpa had also said that she has decided to join comedian-turned actor Kapil Sharma's new show. She told PTI: "I decided to do the show because they asked me very respectfully, they are all good actors. In fact, Kapil left a big channel to start his own show and his team did so too. That shows unity."
Bhabiji Ghar Par Hai also stars Saumya Tandon and Aashif Sheikh in lead roles.