Shonali Bose is the director of two acclaimed films - her 2005 feature Amu starred actress Konkona Sen Sharma and her second film, Margarita, With A Straw, released in 2014 and starred Kalki Koechlin 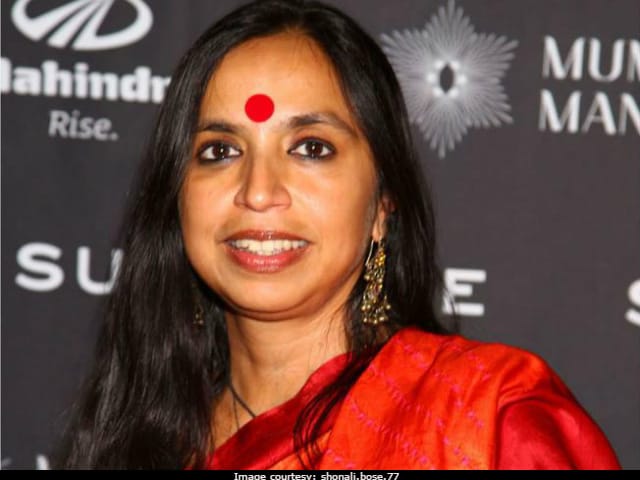 Margarita, With A Straw director Shonali Bose's next gig has been announced. Ms Bose will helm the pilot episode for a potential TV series based on author Diksha Basu's debut novel The Windfall, reported Deadline. Ms Bose will write and direct the pilot, to be made jointly by Paramount TV and Anonymous Content. The Windfall, a comedy of manners, releases end June. It tells the story of Mr and Mrs Jha, a Delhi couple who, spurred by new-found and unexpected riches, move out of the middle-class East Delhi home they have lived in for 30-odd years into a swanky new one in Gurgaon. The Windfall is published by Penguin Random House.
Shonali Bose is the director of two acclaimed films - her 2005 feature Amu starred actress Konkona Sen Sharma and dealt with the 1984 anti-Sikh riots; her second film, Margarita, With A Straw, released in 2014 and starred Kalki Koechlin as a young woman with cerebral palsy who struggles with her sexuality. Amu won the National Award for Best feature Film In English. Margarita, With A Straw has won several awards on the festival circuit, including at the Toronto International Film Festival. Shonali Bose is also the co-producer and co-writer of 2012 film Chittagong.
Paramount TV and Anonymous Content have previously collaborated on projects like TV series Berlin Station. They have several high-profile productions coming up - Maniac, starring Emma Stone and Jonah Hill, for Netflix; The Alienist, starring Daniel Bruhl and Dakota Fanning, for TNT; and 13 Reasons Why, based on the young adult novel of the same name by Jay Asher, for Netflix.