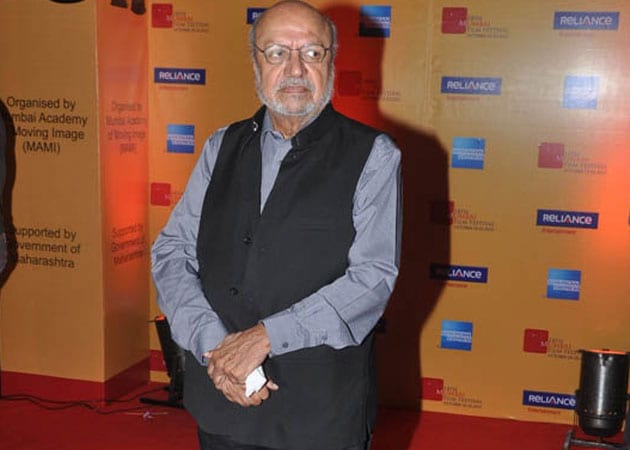 Shyam Benegal says Samvidhaan is the story of the birth of our nation.

Veteran filmmaker Shyam Benegal, who was behind famous the TV show Bharat Ek Khoj, is returning to small screen again with Samvidhaan, a 10-part mini-series revolving around the making of Indian Constitution.

Veteran filmmaker Shyam Benegal, who was behind famous the TV show Bharat Ek Khoj, is returning to small screen again with Samvidhaan, a 10-part mini-series revolving around the making of Indian Constitution.
The 78-year-old director is currently working on the mini-series in Film City in Mumbai. The series will recreate the debates that took place before the drafting of the Constitution of India, between 1946 and 1949.
"The Constituent Assembly of India sat for 2 years, 11 months and 17 days to debate on and draft the Constitution. By the time this mini-series is over, we would have taken a little less than that time to make Samvidhaan and tell the story of how our founding fathers and mothers fought against all odds to give a democratic shape to the destiny of India," Benegal said in a statement.
"It is an epic story, the story of the birth of our nation and we have done our best to do justice to it while also maintaining its historic authenticity and flavour. The idea was to bring out the drama, to make it as entertaining as it will obviously be educative," he added.
Atul Tiwari co-wrote the script with Shama Zaidi. He is also essaying the role of Pandit Govind Vallabh Pant.
Sachin Khedekar essays the role of B R Ambedkar, the chief draftsman of the Constitution of India.
"The Constitution of India has a significant, but little known Mumbai connection. It is said that B R Ambedkar spent most of his time at Wayside Inn cafe in Colaba mulling over the drafts and debates and writing and rewriting the Constitution of India," Khedekar said.
Dalip Tahil Ramani plays Pandit Jawaharlal Nehru in the series. Ramani said it was thrilling to work with Benegal on the project.
Other actors who are part of the series are Tom Alter, Rajendra Gupta, K K Raina, Rajit Kapur, Harish Patel, Anjan Srivastava, Mohit Chauhan, Utkarsh Majumdar, Divya Datta, Ila Arun, Rajeshwari Sachdev and Kennith Desai among others.
Dayal Nihalani is the associate director on the mini-series which will go on air in January 2014.
Benegal, who has been behind parallel cinema gems like Ankur, Nishant, Manthan, Mandi and Bhumika, has also directed TV shows like Katha Sagar, Amravati Ki Kahaniyan and numerous documentaries including one on Satyajit Ray.