"Anil sir approached me for this Gorakhpuri villain's role. I was initially sceptical but the belief he showed in me made me confident and I accepted the part. He is like family and has nurtured me like his own son," said Sikander 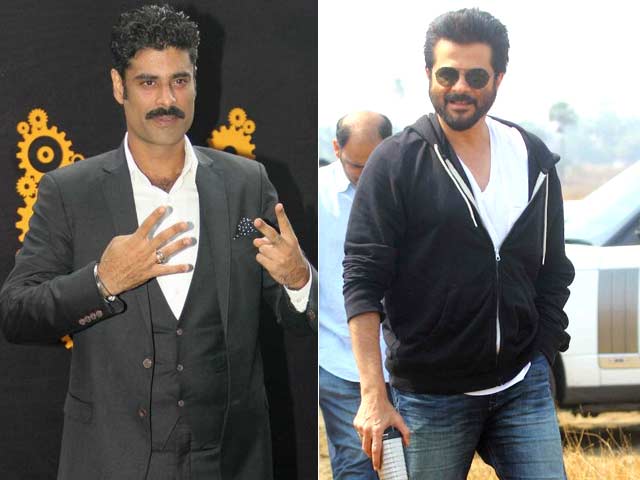 Sikander Kher is playing the main antagonist opposite Anil Kapoor in the second season of 24 and Sikander said that the 59-year-old actor helped and guided him like a father.
Sikander, 34, who made his debut in Bollywood with 2008's Woodstock Villa said that he moved to television as he liked the first season of the series and respected the belief which Mr Kapoor had shown in him.
"Anil sir approached me for this Gorakhpuri villain's role. I was initially sceptical but the belief he showed in me made me confident and I accepted the part. He is like family and has nurtured me like his own son," Sikander told PTI in an interview.
Sikander also shared his experience of working with the Dil Dhadakne Do star.
"Actors feed on each other's energy and he has so much energy. He is always on the roll and gave me a lot of advice on the set which was priceless. The experience he has in the industry, to get first hand advice from him, is all an actor would ask for. Whatever he said, actually worked for me. You can't mess with the experience and I am lucky that he put in that effort for me," said Sikander.
Even though Sikander gives full credit to Mr Kapoor for giving him the role and guiding him through the journey of 24, he said that he was aware of the responsibility but had no pressure as such.
"Anil sir was there by my side but he never pressurised me. There is always a desire to be great and give a good performance. But I believe, once you get into the character, you got to leave it at some point of time. Otherwise, I will keep doing that one scene thinking I will be able to do it better. There is no end to improving your work," he said.
Sikander has seen his fair share of ups and downs in his career but that has not left him disheartened and he is looking forward to do some good roles both on big as well as small screen.
"I have worked hard throughout my journey and I hope to give my best to whatever comes my way. I hope I will get some good projects post 24," he said.
(Except for the headline, this story has not been edited by NDTV staff and is published from a syndicated feed.)