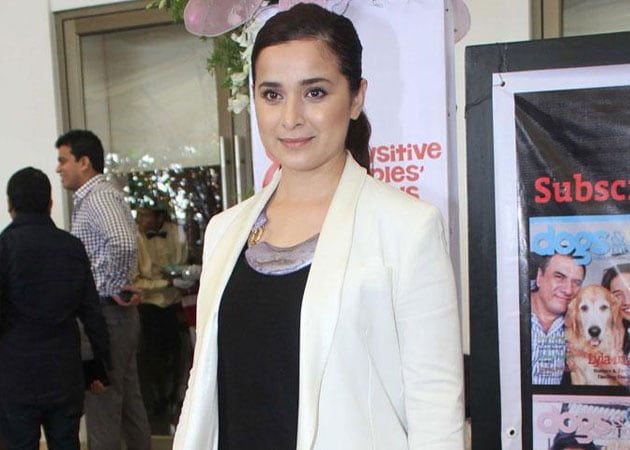 After a gap of nine years, actress Simone Singh is all set to make a comeback on daily soap with thriller-drama Ek Hasina Thi.

After a gap of nine years, actress Simone Singh is all set to make a comeback on daily soap with thriller-drama Ek Hasina Thi.
The 39-year-old Heena actress will be playing a role of a Kolkata-based powerful businesswoman and a mother in the TV serial.
"I took a break because television suddenly became daily television where shootings would go on for months or so without any gap, so it becomes difficult to give time to your family," Singh told PTI.
On Star Plus' new show, Simone, who is known for playing girl-next-door roles, will be portraying a negative role for the first time.
"It is a unique character as Sakshi is on one hand strong-headed and powerful business woman whom no one challenges and on the other hand she is a doting mother. Sakshi doesn't have no in her dictionary, people do as and what she wants. They are puppets in her hand," she said.
Simone has again teamed up with her Kasshish co-star Ayub Khan for the show and the actress said she finds him an amazing co-actor.
"He is like a big brother on the sets, a very warm and helpful person. It was wonderful working with him after so many years," she said.
Set in Kolkata, Ek Hasina Thi will chronicle the story of a woman named Durga (played by Sanjeeda Sheikh) seeking justice for a crime committed in the past.
"The vital points of the plot is that it is Durga's story of seeking justice when society and law failed her and the clash between Durga and Sakshi and what comes out of it," Simone said.
The show will be aired from April 14.