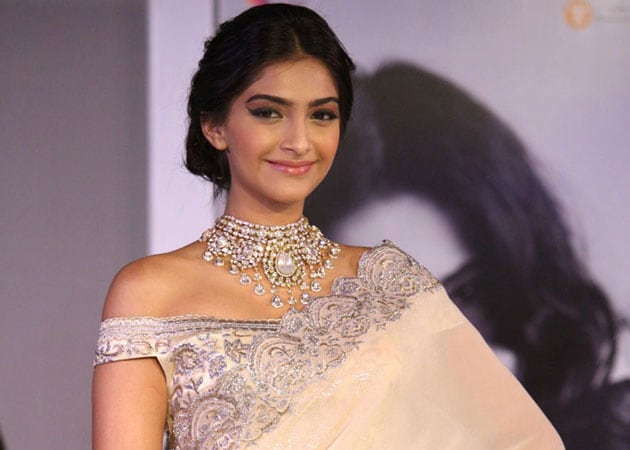 Sonam said she was excited about the show.

Actress Sonam Kapoor and her sister Rhea hope the audience will give a thumbs up to the TV series 24, featuring their father Anil Kapoor.

Actress Sonam Kapoor and her sister Rhea hope the audience will give a thumbs up to the TV series 24, featuring their father Anil Kapoor.
24 is the Indian adaptation of hit international TV series of the same name in which Kapoor is making his television debut.
"I have seen the international show as well and I quite liked it. I am excited about the show. I am happy everyone is coming together for this show. We hope people love the show," Sonam said.
The promo showcases a stellar cast consisting of actors like Anupam Kher, Shabana Azmi, Anil Kapoor, Tisca Chopra, Rahul Khanna, Mandira Bedi and others.
"I worked with Anil sir when I played a dead body 17 years ago in a film. Since then whenever we have met he has encouraged me always. He told me good looking and good acting is the mantra...he asked me to lose weight," Tisca said.
"For me it was challenging to bring the quality of cinema into the hours of TV," she added.
Mandira, who finds Kapoor energetic and enthusiastic, said, "There are people who are there for long time and get jaded but he is not. He encourages all of us. It has been a brilliant experience. I am acting on television after nine years so I am excited."
Anil plays the lead role of ATU chief Jai Singh Rathod and the series will narrate 24 hours of his life in real time over 24 episodes.
"The moment I was offered to play a role in the international series, I had made up my mind to bring this iconic show to India. I am happy that my friends and colleagues supported me in my venture. The entire team has put in a lot of passion, hard work and trust and I hope people like our work," Anil said.
The show will be aired from October. The Indian version of the show is written by Rensil D'Silva and directed by Abhinay Deo of Delhi Belly fame.
"The biggest challenge was to adapt a successful American series in an Indian context and to make sure that it works as our Indian audience is used to different kind of experience. We wanted our audience to enjoy and relate to the show," Abhinay said.