If Sunil Grover does not return to The Kapil Sharma Show, Twitter, for one, will be heartbroken 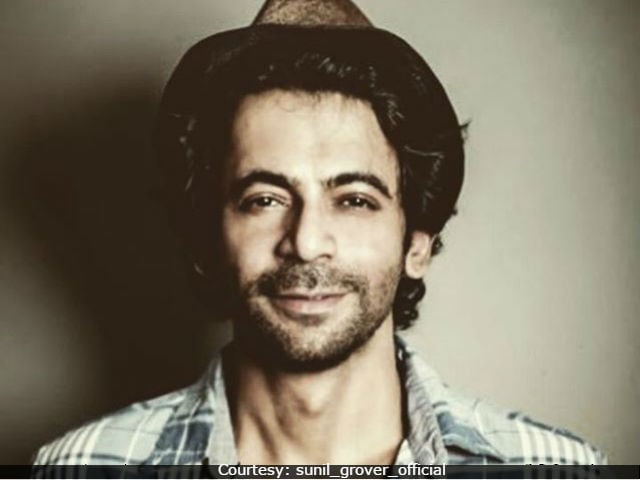 If Sunil Grover does not return to The Kapil Sharma Show, Twitter, for one, will be heartbroken. There's absolutely no humour amongst television's top comics right now - headliner Kapil Sharma is accused of having attacked co-star Sunil Grover onboard a flight and Mr Grover may or may not have exited the show. Allegations against Mr Sharma include being drunk, railing against his co-stars for eating before him, threatening to end their careers, and assaulting Mr Grover when he intervened. Absolutely none of this has been verified by either Mr Grover or other actors on the flight. Kapil Sharma has dismissed the alleged attack as an 'argument' and a 'family matter.' This much is clear - there is bad blood and Sunil Grover's continued presence on The Kapil Sharma Show is in doubt.
The likelihood of this has alarmed Twitter, which is using the hashtag #GetBackKapilSunil to demand that The Kapil Sharma Show continues as is.

#GetBackKapilSunil
Please Come Back together again You complete each other pic.twitter.com/CCtsPLvoma

Diff B/w Love & Friendship Is Friendships Don't Have Breakups. #GetBackKapilSunil We Love U & Want U To Stay Together Forever
RT If You Too pic.twitter.com/rToOVCQYO8

Some are using the hashtag as a reproach to Kapil Sharma.


Don't #GetBackKapilSunil until Kapil Sharma realise value of co-stars.
TKKS is running only bcz of Kapil is Kapil biggest illusion.#GetWell

Kapil your behaviour was very bad. Without Sunil, Chandan, Ali etc. Your show is nothing & U r nothing. #Arrogant#GetBackKapilSunil

Twitter has almost unanimously backed Sunil Grover in the bust-up. A few sporadic tweets, however, support Mr Sharma, describing his alleged behaviour as an 'unintentional mistake' and urging that he not be 'demonized.'
Several news portals report emphatically that Sunil Grover has quit The Kapil Sharma Show, never to return - unlike when he exited previous show Comedy Nights With Kapil but did rejoin the cast of the new comedy series. This much is known - Mr Grover did not record the episode that was shot this week and neither did some of the other actors. However, it's unclear whether this was a form of protest or if the actors were simply not required for the episode. Each member of the show is under contract.
Kapil Sharma has apologised to Sunil Grover on Twitter. Mr Grover subsequently tweeted him an emotional post warning Mr Sharma not to 'act like God.' There has been silence from both actors ever since, as well as from Sony, which airs The Kapil Sharma Show.