The fourth season of Koffee With Karan, which aired in 2013, made headlines thanks to guests like Salman Khan, Aamir Khan and Kiran Rao, Ranbir and Kareena Kapoor, and Anushka Sharma 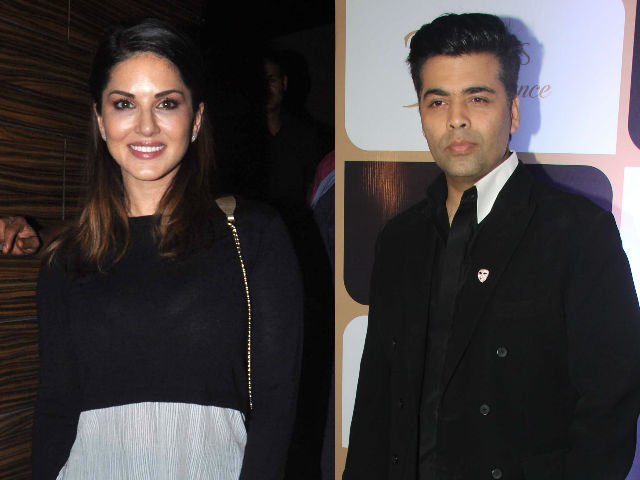 Sunny Leone might just be a guest on the upcoming season of filmmaker Karan Johar's popular chat show Koffee With Karan.
During a Twitter chat with his fans, which he labelled #KoffeeWithKaran, Karan was asked if he would invite the Mastizaade actress on season 5 and KJo said:

"@m_rudeboyz: Can you bring @SunnyLeone to #koffeewithkaran this year @karanjohar" would love to interview her....

Awe thanks. That would be cool :) https://t.co/dM8GSnLO7e

Sunny, 34, recently won Bollywood and popular opinion after she was praised for her handling of a difficult TV interview. Soon after, she received a public endorsement from superstar Aamir Khan who said he would like to work with her. Just recently, Aamir invited Sunny to a party at his Mumbai residence.
Sunny will be soon seen a special song sequence with Shah Rukh Khan in his upcoming film Raees. SRK and Sunny will dance to the reprised version of Laila O Laila from 1980 film Qurbani. (Also Read: Sunny Leone Says Working With Shah Rukh Overwhelming, Emotional)
Back to the Koffee table, KJo confirmed at least one guest for this season:

"@98coolprince: @karanjohar this season.. @_fawadakhan_ must be the guest!!" He will definitely be!!!

Fawad was recently seen in Kapoor And Sons, which was backed by Karan Johar's Dharma Productions. The 34-year-old actor also has a cameo role in Ae Dil Hai Mushkil, directed by KJo.
Meanwhile, fans of Koffee With Karan should also know that the fifth season of the show will be aired by the end of this year:

"@me_Annmary: @karanjohar when will Koffee with karan season 5 starting? #koffeewithkaran" later this year!!

The fourth season of Koffee With Karan, which aired in 2013, made headlines thanks to guests like Salman Khan, Aamir Khan and Kiran Rao, Ranbir and Kareena Kapoor, and Anushka Sharma. KJo's regular guest, Shah Rukh Khan, gave the season a miss.